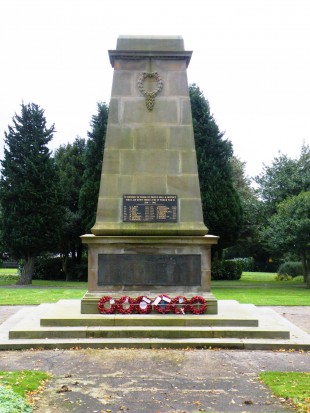 REMEMBERED: Pelton Fell Cenotaph and Memorial Gates have been listed as part of Historic England’s pledge to add 2,500 to the register by 2018

MORE than 50 memorials commemorating fallen soldiers across the region have been listed to mark the centenary of the First World War.

As the country falls silent today (November 11) to honour Armistice Day and reflect on those who paid the ultimate sacrifice, war memorials in the North-East and North Yorkshire have been officially recognised for their historic and architectural importance.

Historic England has pledged to protect 2,500 memorials throughout the country by 2018 for the hundredth anniversary of the Great War.

Fifty-two sites including several in County Durham, the Tees Valley, and North Yorkshire have been listed by the Department for Culture, Media and Sport.

Carol Pyrah, Historic England’s planning director in the North-East, said: “Over a million Britons lost their lives in the First World War.

“It’s important that their sacrifice is not forgotten – and that the lessons learnt during that time are as resonant now as they were then. 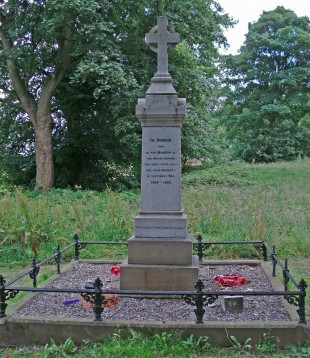 HONOUR: Escomb War Memorial has been recognised for its historical and architectural importance along with 52 others in the region

“The centenary programme aims to bring us together more closely as a nation to honour the lives and bravery of all those who served.

“War memorials are a valued part of our heritage and it is absolutely fitting that we cherish and preserve them for future generations.”

Janet Brown, chair of the North East War Memorials Project, which aims to record every memorial between the River Tweed and River Tees, welcomed the listings. 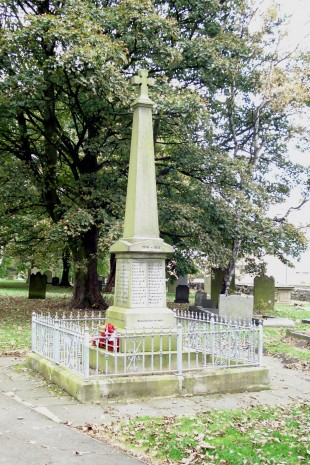 LISTED: Kirk Merrington War Memorial as among more than 50 in the region to get official status on advice from Historic England

She said: “They (memorials) all have their own charisma and were all put up at the behest of the people.

“The love and care that went into their installation is a thing to bear in mind.”

Among those listed are war memorials in Gainford, near Darlington, Langley Park and Lanchester, near Durham, Pelton Fell, near Chester-le-Street, and Coundon and Kirk Merrington, near Bishop Auckland.

Rev Catherine Mitchell, of St John’s Church, Kirk Merrington, said: “Listed status preserves the memorial for generations to come, it is important for us to keep remembering the sacrifice those soldiers made. It is good having the memorial in the churchyard, with a bench nearby, as it is a peaceful place people can come to reflect.”

Historic England, together with the War Memorials Trust and Civic Voice is offering advice, grants and training to help members of the public to submit applications to have their local war memorials listed and repaired where necessary.

Civic Voice will be running a free war memorials workshop in Newcastle on November 23 to train volunteers to survey the condition of their local war memorials.