The Northern Echo newspaper has launched an appeal to mark the 100th anniversary of the First World War. Its aim is to raise £100,000 for today’s military heroes.

• You can donate to the fund via the bmycharity.com website

The money will be used by Help for Heroes Northern Recovery Centre – Phoenix House at Catterick Garrison – to create a performing arts facility to enhance the wide variety of support that they already offer to wounded, injured and sick Servicemen, women, veterans and their families.

The campaign will enable the creation of a dedicated performing area in a new Well-Being Centre to be constructed next to the existing purpose-built Recovery Centre that officially opened last September. This will also incorporate a sports hall, target practice lanes, massage rooms and a consultation suite for serving personnel and veterans with psychological issues.

Money raised through the campaign will be used for the provision of a stage, curtains, lighting and sound equipment, as well as other items that will enable Help for Heroes to offer support through creative arts.

Centre Manager Mo Usman said boosting the confidence of the wounded, injured and sick was integral to their recovery and performing in public was a key way to achieve this.

“One hundred years ago, there was little understanding of hidden wounds – the psychological impact of war – and certainly no support for those suffering from it. The Echo’s campaign is testimony to the shift in public understanding and attitude and, by embracing the appeal, the people of the North East can really support the region’s heroes.”

We hope that Northern Echo readers, and the wider community, will join together to help us reach our target by Remembrance Sunday 2014. You can either make a personal donation via this page or organise a fundraising event and donate the proceeds.

Please note that all money raised via this page/website will go directly to Phoenix House Recovery Centre, Catterick.

• Known as Phoenix House Recovery Centre, it has 50 en-suite bedrooms, including four family rooms, a Support Hub enabling access to a wide range of welfare support, an arts and craft room and training, presentation and IT suites. A gymnasium with specialist equipment, a café and social areas also form part of the new Centre.

• Unique courses and tailored support are available to recovering serving personnel, veterans and families to help them achieve their long-term goals and aspirations.

• Activities include educational courses and vocational visits designed to facilitate a smooth transition to civilian life, as well as sporting activities to improve personal independence, raise morale, develop camaraderie with others who have been wounded, and show what can be achieved.

CONTACT US
If you have any questions or would like to contribute to our centenary content, please get in touch by emailing chris.lloyd@nne.co.uk
DLI SOMME DIARY 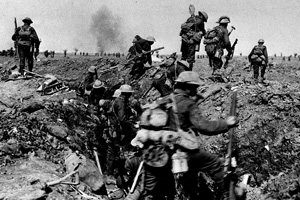 Tony Kearney tells what the Durham Pals - volunteer soldiers from across the region - were doing 100 years ago, in the build-up to their date with destiny: July 1, 1916, and the Battle of the Somme.
Read more
INTERACTIVE WW1 JOURNEY THROUGH NORTHERN ECHO ARCHIVES 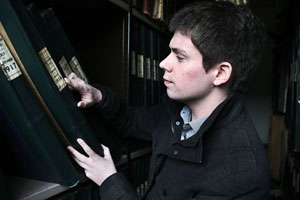 Nick Gullon has been through The Northern Echo archives, selecting a story from each day of 1915, painting a vivid of picture of what life was like on the home front as well as in the trenches, and creating an interactive journey through the war years.
Read more
SEARCH DATABASE OF SOLDIER RECORDS 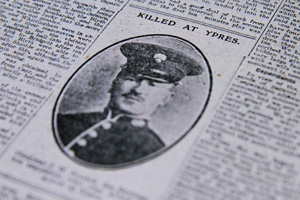 Search our database of over 1,800 soldiers from the region who fought and died in the First World War.
Find out more here
SCHOOLS' POETRY COMPETITION 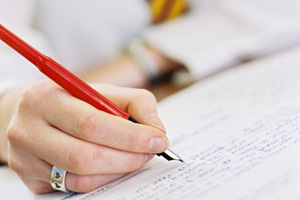 In 2014, we appealed to all secondary schools in the region to ask their pupils to write a poem to commemorate the centenary of the outbreak of the First World War.
Read their poems here
HELP RAISE £100,000 FOR OUR HEROES 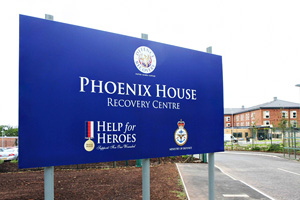 An appeal to raise £100,000 for the modern military heroes - those servicemen and women who return physically and mentally injured from war zones such as Afghanistan.
Find out more here