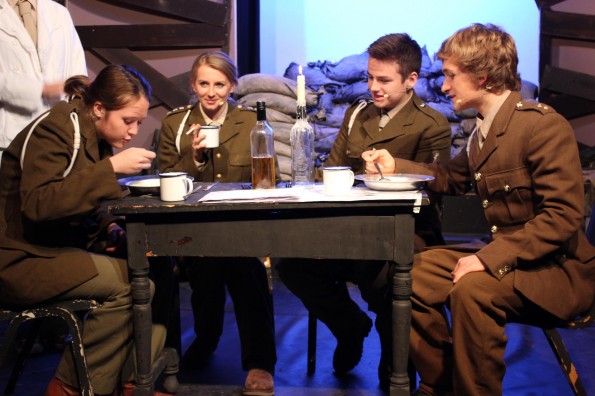 BARNARD Castle School pupils marked the centenary of the outbreak of the First World War by choosing Journey’s End for this year’s senior play.

The play, set in the trenches, showed the hardships of those who fought, and in many cases died, for future generations and was commended as an “exquisite” performance.

More than 400 students worked on the performance for two months before the final piece was shown to audiences in the main school over three-nights.

Highlights also included Year 11 pupil, Sam Farquhar, who played The Last Post at the end of each performance.

A school spokesman said: “The pupils’ performance proved to be a flawless rendition of a classic story which has entertained people for over eighty years.

“There was beautiful contrast between the subtle depiction of their internal struggles and the explosive drama of when their demons emerged.

“There were tears amongst the audience as one by one the characters died and the Last Post was played although there were a few laughs as the actors found the little humorous moments within the dark times.”