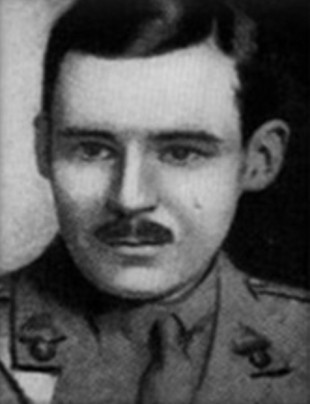 AN outstanding First World War soldier is to be remembered at a special service at Ripon Cathedral on Thursday.

The service will honour Lt-Col Neville Bowes Elliott-Cooper, exactly 100 years after his actions won him the Victoria Cross (VC).

He had already received the Distinguished Service Order and the Military Cross, when he showed incredible bravery on November 30, 1917 during the Battle of Cambrai.

Hearing that the enemy had broken through the outpost line, Lt-Col Elliott-Cooper dashed forward unarmed, and under his direction, his troops forced the enemy back.

Badly injured and still 40 yards in front of his men, he signalled to them to withdraw, as they were severely outnumbered and suffering heavy casualties, even though this meant he would be captured. Their actions, though, enabled reserves to be sent forward and hold the line. He died of his wounds as a prisoner of war aged 29 several weeks later.

The service of commemoration will be led by the Dean of Ripon, the Very Rev John Dobson.