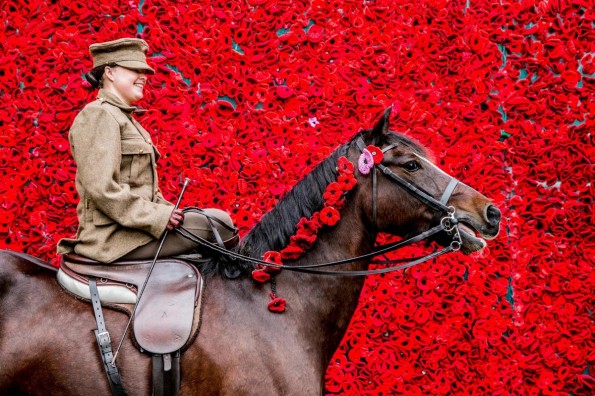 THERE were gasps of amazement and a round of applause as the curtain dropped on a breath-taking display of almost 20,000 knitted poppies on Saturday.

More than 100 people gathered in West Cornforth, near Ferryhill, to witness the grand unveiling of 19,240 handmade poppies suspended on large nets in front of the Church Hall. Each poppy represented the life of a British soldier killed on July 1, 1916, the first day of the Battle of the Somme.

Thanks to the support of West Cornforth residents and parishioners at Holy Trinity Church in Cornforth and St Luke’s Church in Ferryhill this target was quickly surpassed and it was not long before contributions were coming in from as far away as Canada and Australia. 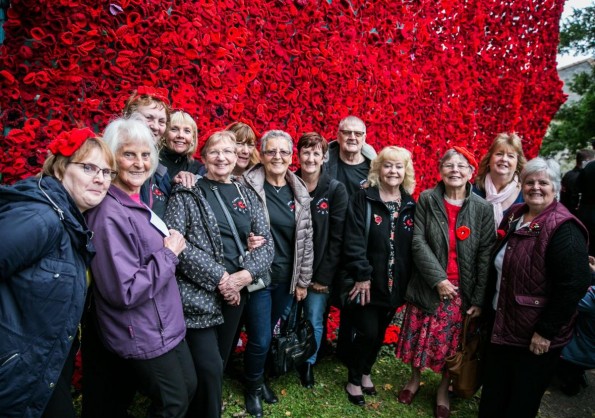 EXCITEMENT: A large crowd gathered to see the grand unveiling of thousands of poppies suspended in from of the Church Hall in West Cornforth 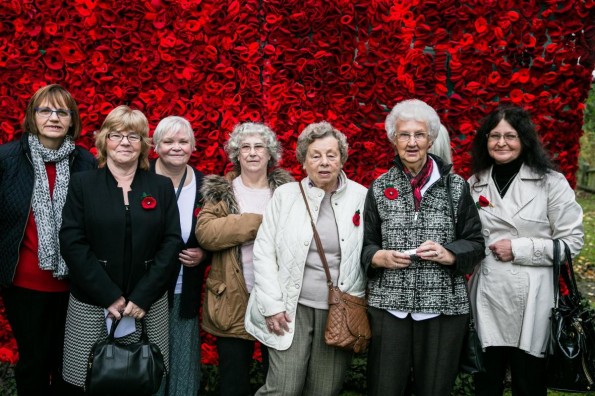 SUPPORT: There has been a great deal of support for the poppy project in West Cornforth and further afield. Picture: SARAH CALDECOTT 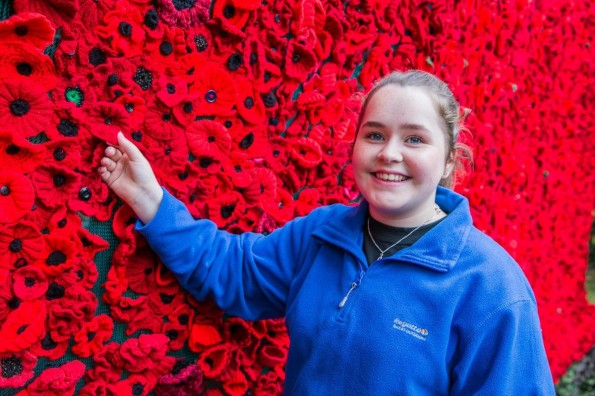 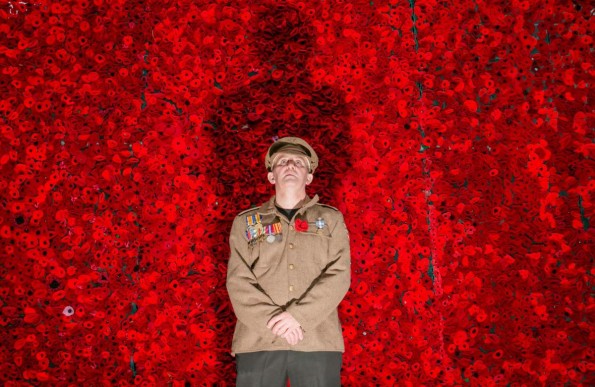 In just four months, the volunteers made almost 23,000 knitted poppies, with the remainder used to create wreaths and decorations.

In West Cornforth, the knitting efforts were led by Team Poppy, who spent three full weekends attaching the flowers to the nets. One of the youngest members was 13-year-old Nieve Archer, from Newton Aycliffe, who sewed on the last poppy.

Eleanor Williams, of Team Poppy, said: “It was a lovely way to get people together and we had a lot of laughs along the way, singing songs and telling stories. It’s wonderful to see the finished display. We all feel emotional.”

The knitters were not alone in feeling moved by the display, with many spectators wiping tears from their eyes during the service, which included the Last Post and Reveille and a two-minute silence.

After singing the National Anthem, everyone headed to the Salvation Army Hall, where refreshments, funded by parish, town and county councillors, were served.

Mr Wilson said: “I think it’s amazing and such a fitting tribute to all of the men and boys who lost their lives. The people of West Cornforth and all those involved should be extremely proud of what they have achieved.”

The MP also highlighted the project to the chairman of the defence committee, Dr Julian Lewis, who wrote to Mr Denholm to congratulate him.

Mr Denholm said: “The community here is fantastic and gave up their time so readily. I would like to thank everyone who has supported the project.”

The Field of Poppies will remain on display until after Remembrance Sunday.