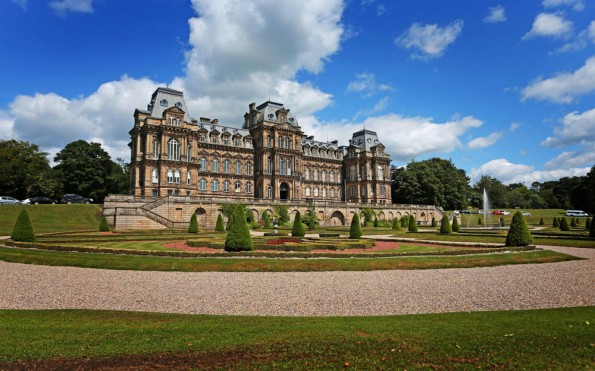 The Bowes Museum in Barnard Castle

A NEW database containing a generation of men who served in the First World War is now available thanks to a major project.

The Bowes Museum in Barnard Castle is almost two years into a five-and-a-half year project to record details of every soldier from the Teesdale area who served in the First World War.

And thanks to volunteers, a database of information is now available to anyone wishing to know more about the dalesmen who served, and often gave their lives, for their country.

The museum’s head of finance Richard Welsby said: “We want to gather all the information out there and take it and digitally record it and get the history that’s in people’s houses out there for the public.

“We’ve been building the website, gathering names and what we’re looking to do now in the next three-and-a-half years is bring the information out to the community and spread it a bit further.”

He added that the museum is currently working on resources which can be used by primary schools to find out more about the First World War.

The ‘To Serve King and Country’ project, which is funded by the Heritage Lottery Fund, came about following the discovery of a letter in the museum’s archive by its first curator Owen Scott.

Written in 1915, Mr Scott wanted to create a roll of honour recording all those from the 44 townships of Teesdale who served in the armed forces and as nurses.

It is not known why the roll was never completed but the museum now hopes to finish what Mr Scott started and record it online for generations of historians and family researchers to come.

The website allows users to search for names, areas and war memorials to help them track down individuals and their stories.

To explore the database visit www.thebowesmuseumww1.org.uk