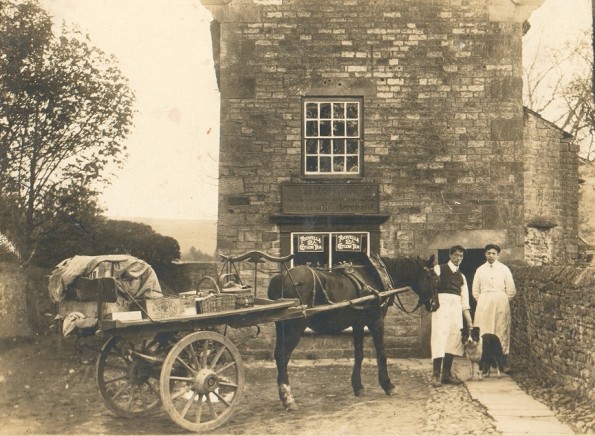 DAILY DUTY: Stanley Clarkson and his brother John with a delivery cart at John’s grocery shop in Cotherstone

A COMPLETE story can now be told about all 24 postal workers listed on a roll of honour after serving in the First World War.

The final one is now known to be Stanley James Clarkson, who was a postman and grocer’s assistant at Cotherstone before going off to the war in 1914 aged 23.

He was the son of railway signalman John Clarkson and his wife, Jane, of Pensbury, a fine detached house in the village.

As well as delivering letters, Stanley was an assistant in a grocery shop owned by his brother, John, who was three years the elder, at Featherstone House. They had another brother, Thomas, who was a railway clerk.

The grocery pair delivered supplies to many farms and cottages in Baldersdale and other parts of Teesdale.

Stanley became a corporal in the Army Veterinary Corps, helping to deal with some of the many horses used, injured and killed in battle zones in France. The corps did such a valuable job that “Royal” was added to its name in late 1918. 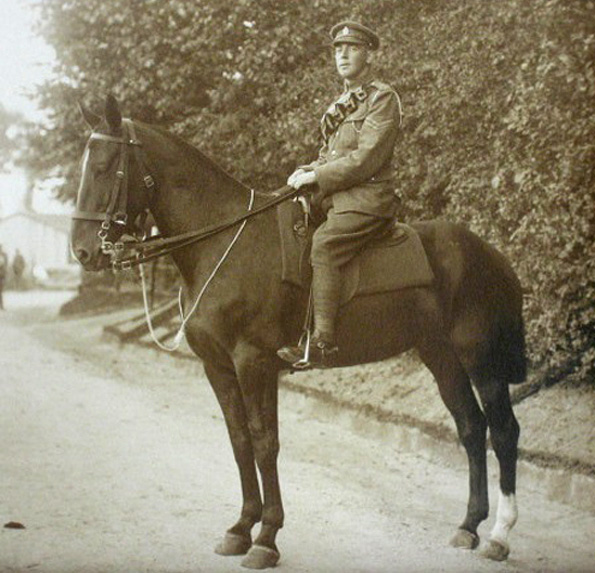 MAN OF WAR: Corporal Stanley Clarkson on horseback in France during the war

Stanley moved to Liverpool after the war and became a factory manager. He married Emily Gertrude Wright there in 1925. The couple had a trip to India in 1926, during which Stanley was described as a merchant.

They were known in the family as Uncle Stan and Aunt Gertie. They didn’t have any children. Stanley’s great niece, June Luckhurst, of Ingleton, remembers him as a fine looking and amiable man who, like most former soldiers, never talked about the war. He died aged 60 at Waterloo, Liverpool, in November 1951.

Elizabeth’s story was a tragic one. She married Jack Hodgson but died on the day she gave birth to her only child, Jack, in 1911. The infant was brought up by his grandmother Jane, and eventually grew up to become June Luckhurst’s father.

There was another family tragedy when John Sr was killed aged 65 in 1916 when he was struck by a snowplough train as he walked to a railway signal box to start work. He was a highly respected Methodist official and preacher.

When Stanley was serving in France in the war he was listed as one of the soldiers sent parcels of goods by the Cotherstone war relief committee. This hard working team, led by Ernest Lingford, of the baking powder firm, sent regular supplies of gloves, mittens, mufflers, shirts, pyjamas and other comfort items to the troops.

Thanks go once more to Andy Denholm for help in gathering these facts. Royal Mail historian David Charlesworth is grateful that full details have now been uncovered in the past few weeks about three men needed to complete the list. He stated: “It is fitting that we now have full information about all the postal pioneers on our Barnard Castle post office roll of honour just in time for the war centenary.”