Pride and sorrow over a real-life Private Ryan 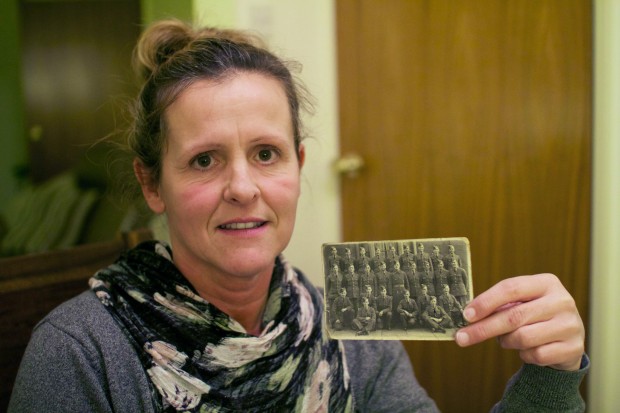 FAMILY PRIDE: Amanda Nelson with a photograph of her grandfather Wildfred Smith, with fellow soldiers before he was sent home from the war

THE family of a soldier brought home from the First World War after his five brothers were killed has expressed a mixture of pride and sorrow after learning the poignant story is to be told as part of the centenary anniversary of the conflict.

The story of the Smith brothers, from Barnard Castle, will be the subject of a radio broadcast on BBC Tees this month.

The tragedies prompted a local vicar’s wife to write to the Queen, asking for her to intervene and send the surviving son, Wilfred, who was in his early 20s, home to his mother. 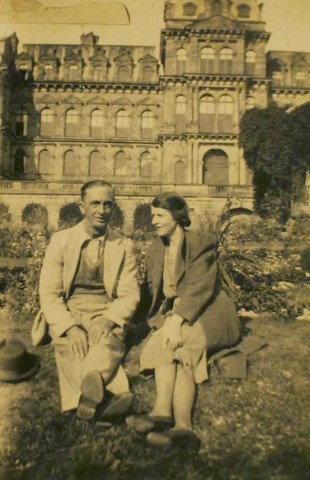 Wildfred and his wife, Hannah, at their beloved Bowes Museum

The young man was indeed returned home from France to be reunited with his mother and a few years later, in 1923, the pair laid the first wreath at Barnard Castle’s newly unveiled war memorial, at the Bowes Museum.

Despite suffering chronic chest problems throughout his life caused by a mustard gas attack by the Germans, Mr Smith lived until he was 72 and raised five children with his wife, Hannah, in Barnard Castle.

Many of his family members still live in the town, including his youngest daughter, Diane, and granddaughter, Amanda Nelson.

Miss Nelson, who has a son and a daughter, said The Bowes Museum had remained one of her grandfather’s favourite places throughout his life.

She said: “It is like a true version of Saving Private Ryan.

“It is an interesting story and there is a happy ending in one respect.

“We owe a lot to this lady who was the vicar’s wife because without her, none of us would be here.

“She spoke to the local community and decided to write to the Queen to say can we have Wilfred home due to the fact that she (Margaret) had lost most of her children now.

“He was sent home to keep the family name alive.”

The Smith brothers’ story will be broadcast on BBC Tees, at 8.15am on Thursday, February 27, as part of the BBC’s World War One At Home Season, which tells local stories to mark the centenary anniversary of the global conflict.