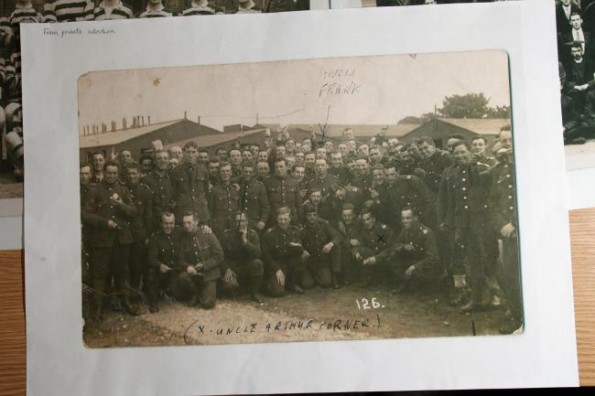 AN old photograph kept in a biscuit tin has reunited a family.

Margaret Eason took the old snapshot of her great uncle Arthur Corner to an open day at Durham County Record Office, which was collecting material for its Lottery-funded Durham At War project.

All she knew about her relative was that he was a teacher who had fought and died in the First World War.

She said: “They immediately recognised his name and showed me his biography on the Durham at War website – I had no idea it was there and it was truly an emotional ‘Who Do You Think You Are’ moment.

“They then brought out a tiny diary dated 1916 and I was actually able to read Arthur’s words – it felt as though he was reading with me over my shoulder.” 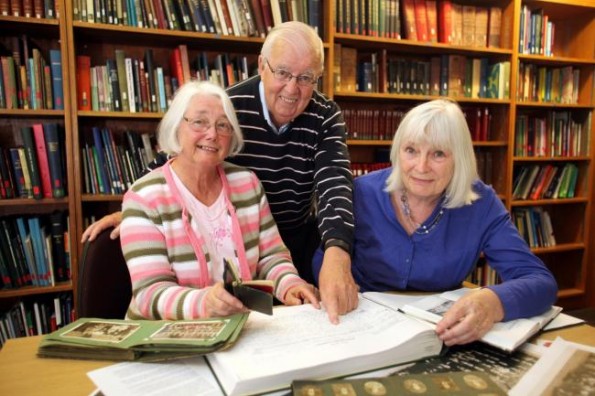 Coundon-born teacher Arthur Corner joined the 18th Battalion of the Durham Light Infantry – better known as the Durham Pals – and was wounded on the first day of the Battle of the Somme, dying of his injuries 10 days later.

Not only was Ms Eason able to read his diary and learn about his past, she was reunited with relatives she didn’t know existed: Durham At War volunteers Norma and Brian Corner who donated the diary. 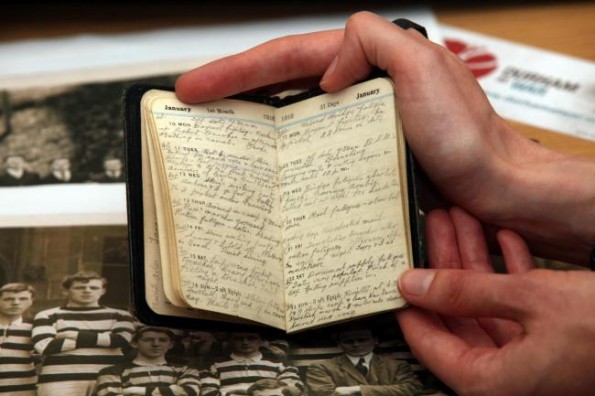 “I feel so lucky to have found them,” said Margaret. “I had arrived at the Record Office with a photo of a relative who died 100 years ago not expecting to learn much more than I already knew; but to my delight and exceeding all expectations I’d been shown his biography and his diary and then had the opportunity to meet living relatives of Arthur.”

She now hopes to meet the rest of the Corner family at a reunion later this year.