Last poppy of 19,240 sewn onto striking remembrance display ahead of unveiling in West Cornforth, near Ferryhill 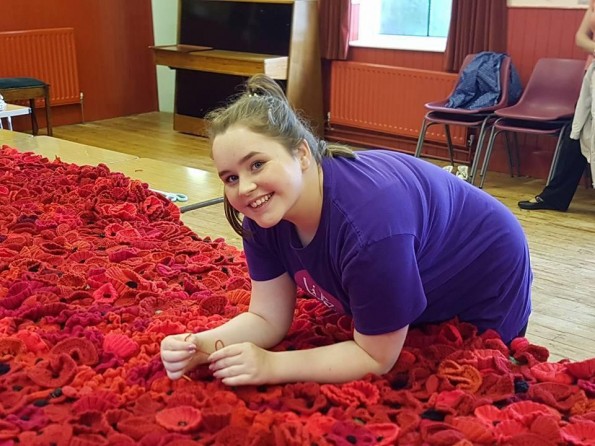 A STRIKING display of almost 20,000 hand-crafted poppies will be unveiled in West Cornforth in honour of boys and men who paid the ultimate sacrifice during the First World War.

The project to create a commemorative installation of 19,240 has been just months in the making but will be revealed to the public on Saturday, October 14, at 11am. 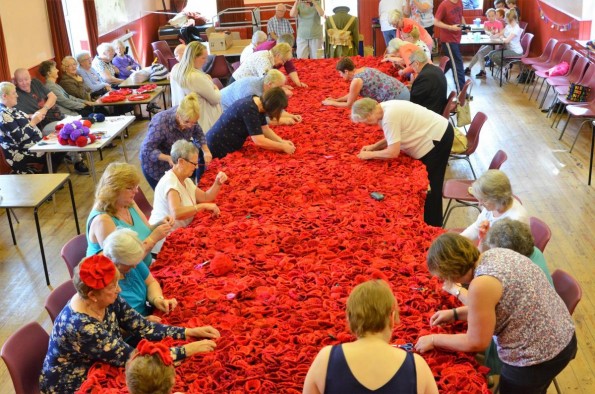 EFFORT: Poppies are attached to nets by dozens of volunteers ahead of an unveiling in October

An astounding 23,000 knitted poppies have been produced by volunteers since April and 19,240 – the number of British soldiers killed on July 1, 1916, during the first day of the Battle of the Somme – have been attached to nets which will be hoisted eight metres above the ground in front of the village’s Church Hall.

At the weekend volunteers gathered at the Church Hall to attach the last poppies to the nets, which are designed to represent a field of poppies. 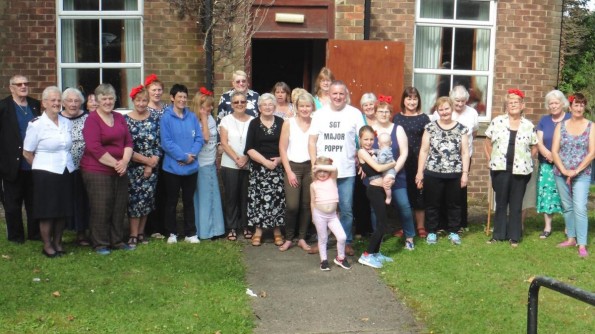 HELP: Volunteers who have worked tirelessly to make almost 23,000 poppies for an installation which will be hoisted eight metres above the ground on a scaffolding frame in front of the Church Hall in West Cornforth

Veteran and genealogist Andy Denholm, who first set out to gather at least 6,353 handmade poppies, to represent each boy or man from County Durham, said: “Following four months of very hard work the last poppy was attached to the nets on Saturday.”

A picnic and Crafty Church was held on Sunday at the Church Hall, on Vicarage Road, to celebrate the “amazing achievement” of the poppy project team.