Lessons from 100 years ago shed light on First World War 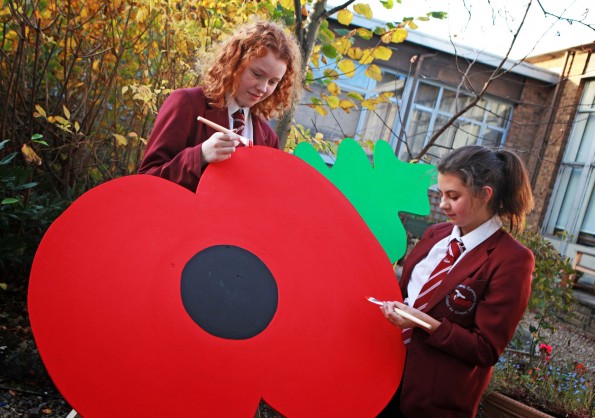 PUPILS have shed light on all aspects of the First World War as they mark the 100th anniversary of the start of the conflict.

St John’s RC School and Sixth Form College, in Bishop Auckland, has used nearly all subjects on the curriculum to learn about aspects of the war.

From using the art of 100 years ago to create modern-day pieces to researching family trees, the students from across years seven to 11 have spent several weeks preparing for a Great War exhibition, which opens today. 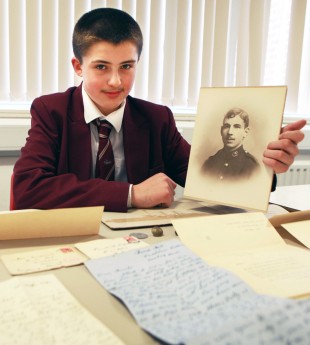 They have been researching and reflecting on the significance of the conflict and have produced information, artwork poetry and music to reflect their own interpretations.

History teacher Sarah Murphy, who has been co-ordinating the project, said the aim was to make pupils think deeper about what happened during the war and how this has shaped their lives today.

“We needed to do something to mark the centenary,” she said. “We decided it should be something that every student had access to.

“We have been working on different aspects across most subjects and the exhibition will allow them to learn about what other students have been exploring.

“It is about what the legacy is and how we remember them.”

Pupils have also been encouraged to look at present-day conflicts with many of them knowing a serving soldier.

Jack Maddison explored the history of his great-great grandfather, Private Harold Prior Goldsmith, after he discovered his family had original letters detailing how he had been shot but survived. The bullet, removed in hospital, was also among the items collected.

Elsewhere, Liam Smart, John James Perangie and Shaun Baird have created a memorial sculpture out of metal with a cross, poppies and a soldier’s hat. 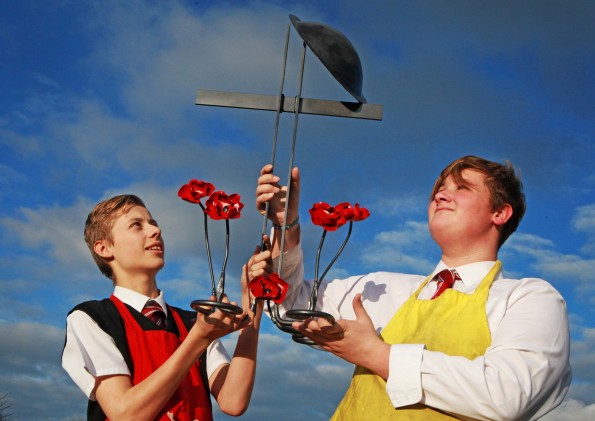 MEMORIAL MASTERS: Liam Smart and John James Perangie with the memorial sculpture they made

Other work includes a giant poppy painted by the students, posters from the Great War and storyboards about events during the conflict.

There will be a Remembrance Service, which will particularly focus on those from our region who lost their lives, and an exhibition to mark the centenary on Tuesday, at 7pm.

Afterwards, those in attendance will be invited to a “trench food” supper.

The Lord Lieutenant of County Durham, Sue Snowdon, is expected to visit the exhibition today.