Match fit and ready to fight for their country 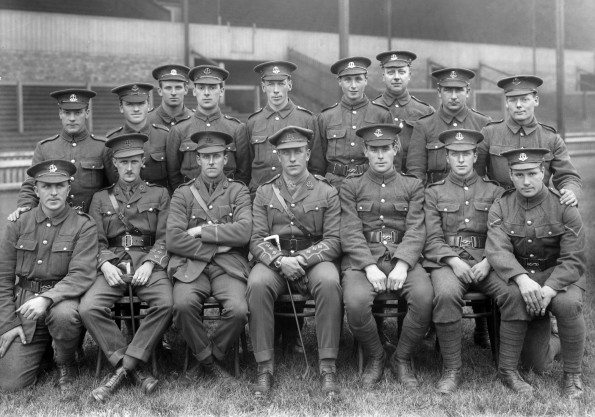 AT 12.35pm on Monday, March 1, 1915, a train departed from Grimsby station carrying new recruits to join the army. Undoubtedly, tearful wives and girlfriends waved hankies at the train until it disappeared into the distance, taking away the men they knew might never return.

It was a scene repeated on every platform across the country during the First World War, although the Grimsby departure that day was a little different. 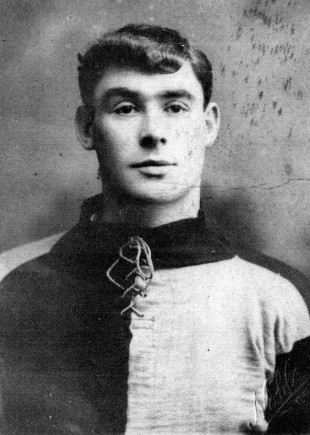 SHARP-DRESSED MAN: Sid Wheelhouse in an early Grimsby shirt – chocolate and blue quarters – soon after he signed from Shildon Athletic in 1907

In one of its carriages sat six professional footballers who had volunteered for the newly-formed Footballers’ Battalion. They included the Grimsby Town captain, Sidney Wheelhouse, who had learned his skills on the pitches of his native south Durham.

When war had broken out in August 1914, the Football Association had allowed the leagues to play on to keep up the nation’s spirits.

But as it became clear that the fighting would not be over by Christmas 1914, the sight of grown men being paid handsomely – some, like Sid, on £10-a-week – to kick an inflated pig’s bladder about became increasingly unpopular as other young men laid down their lives.

There were even calls for King George V to resign as patron of the FA, and Sir Arthur Conan Doyle thundered: “If a footballer has strength of limb, let them serve and march in the field of battle.”

A few footballers voluntarily heeded his call – for instance, all the table-topping Heart of Midlothian side in Scotland joined up – but most waited for guidance from the FA.

On January 1, 1915, the Government announced that a special football battalion was being formed: 17th Service Battalion (Football) of the Middlesex Regiment. It was along the lines of the Pals regiments which encouraged groups of friends in towns like Darlington and Durham to join up together, so footballers, referees, officials and even supporters were encouraged to join the 17th. The concession was that, while undergoing Army training, the players would be allowed leave on Saturdays to play in matches.

Frank Buckley, of Aston Villa, Manchester City, Manchester United, Bradford and one England cap, was the first to join the battalion.

The most famous of the early recruits was Vivian Woodward of Chelsea – the Alan Shearer of his day. He captained the Great Britain football team to gold in the 1908 and 1912 Olympics, and his 29 goals in 23 England appearances made him his country’s leading scorer.

And then joining up early was the Grimsby contingent. 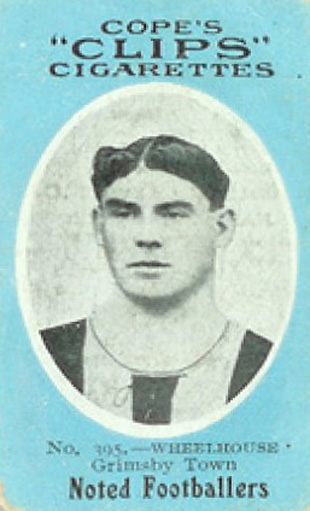 On February 24, 1915, Lieutenant Arthur Tickler, the son of the town’s Conservative MP, had visited the Blundell Park football ground and spoken to the players. Obviously Sid, as captain, was the one he needed to convince.

Sid had been born in Bishop Auckland in 1888. His parents were Christopher and Maria, and his great-nephew, George Baker, still lives in the area.

Aged 13, Sid had turned out for the Two Blues of Bishop, who were champions of the amateur Northern League. He moved on to Shildon Athletic who had ambitions to turn semi-professional in the North Eastern League.

“He and Downs, now of Barnsley, were great favourites with the Shildon spectators,” said The Northern Echo in its obituary of Sid.

“Both these players were soon spotted by higher-class teams, and Wheelhouse migrated to Grimsby, for which club he has played for many seasons.”

In fact, it is said that in 1907 Sid turned down Sunderland to sign for the Mariners of Grimsby.

And, later on, it is said that higher class teams than even Grimsby were after his signature, but he preferred to stay at Blundell Park. Due to the maximum wage, a footballer could earn no more than £10 a week and so there was no incentive for Sid to move, especially as he’d married Agnes, a local girl. In the five years before the First World War, they had four children, although baby Sidney died before his first birthday. Their family home was in Cleethorpes which enabled Sid to walk to work at Blundell Park, cloth cap on head.

At 5ft 11in, he was the rock on which the Town’s defence was built, and a local hero.

Then came the war, and everything, including attitudes to football, changed.

Sid and his team-mates were among the first to join the Footballers’ Battalion. While they trained, they were allowed back on a Saturday to complete the Mariners’ fixtures in the Second Division – the last of Sid’s 247 appearances (39 goals) for them was on May 1, 1915, and after that the FA suspended the professional league and cup competitions.

In November 1915, the 17th was sent to Loos, near Lille in France, on the Western Front. The battalion comprised 600 football-related men, including goalkeeper Tommy Lonsdale.

Lonsdale was from Newbottle, near Houghton-le-Spring. His father had been a County Durham coalminer, and he’d started his playing career with West Auckland and Bishop Auckland before following Sid to Grimsby. His career had taken him on to Norwich City and Southend United, but now he was reunited with Sid on the frontline – and in the battalion football team. 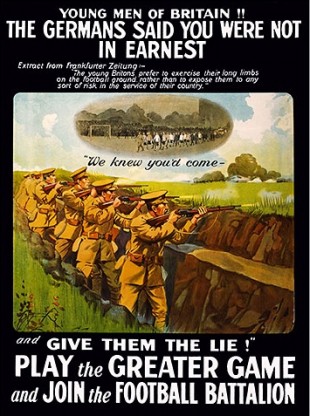 RALLYING CALL: A wartime recruiting poster for the Football Battalion used criticism to encourage the footballers to sign up. At the top is a quote from a German newspaper: ‘The young Britons prefer to exercise their long limbs on the football ground rather than expose them to any sort of risk in the service of their country.’

IN early 1916, the 17th entered the Army Cup, where fixtures were played whenever men were in reserve.

They breezed through every round without conceding a goal and watched by a crowd of thousands – every soldier not in the trenches wanted a ticket for the match – won the final 6-0.

It should have been 7-0. Towards the final whistle, the 17th were awarded a penalty. The crowd didn’t want to see a regular player score a meaningless goal – they wanted something special. So they called for the under-employed keeper Lonsdale to take it.

“Well, Tommy took the kick and put it well out of the goalkeeper’s reach – right over the bar!” wrote Sid in a letter home.

When at home on leave, Sid played in a match. He guested for Clapton Orient – now Leyton Orient whose entire team had joined the 17th – and made his last appearance on May 6, 1916, at Blundell Park.

The match raised funds to build a memorial to the 31 members of the Manchester Regiment who had been killed in Cleethorpes when their barracks, a Baptist church, had been hit by a bomb dropped by a Zeppelin airship.

Leave over, Sid returned to the front.

By now, he was a corporal; by now, the 17th were involved in the fiercest fighting on the Somme. He survived battles at Delville Wood and Guillemont, but on September 18, 1916, found himself near Beaumont Hamel – these place names are as powerful and evocative to anyone interested in the First World War as Wembley, Roker Park and Ayresome Park are to anyone interested in football.

And it was raining.

Sid volunteered for a working party that was shoring up the sodden, sliding trench walls. At teatime, the enemy sent over a wave of trench mortars, detonated a large mine, and – before the working party had time to prepare – filled the trench with gas.

“We thought Sid would be all right as he walked down the trench to the dressing station,” wrote goalkeeper Lonsdale. “I got a shock the following night when I heard he had died.” 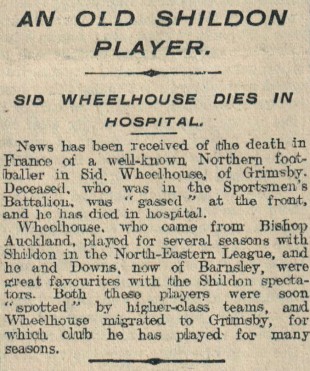 TRIBUTE IN PRINT: Sid Wheelhouse’s obituary appeared in The Northern Echo on September 27, 1916, eight days after his death

None of the working party survived the attack, and like Sid most died in the field hospital.

“Sid has a cross up with his name and date of death, and we shall see that he has a wreath as soon as possible,” said Tommy in his letter home. “We all feel this loss very much as he was a universal favourite with us all.”

Lance Corporal Sidney Wheelhouse was one of about 1,000 men that the 17th Football Battalion lost.

He is buried in Couin cemetery, near Arras.

With thanks to George Baker, of St Helen Auckland, who is Sid’s greatnephew.