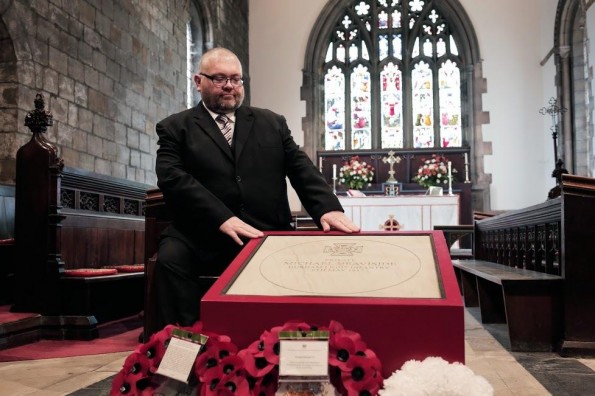 Great-grandson Ian Heaviside with the Michael Heaviside VC memorial stone after the service at St Giles Church in Durham. Picture by Stuart Boulton

THE centenary of a North-East miner’s gallantry on a First World War battlefield was marked with the unveiling of a commemorative stone heralding the act of valour.

Descendants of Private Michael Heaviside were joined by civic figures, representatives of the armed and emergency services, plus the Durham Miners’ Association, at a commemorative service at St Giles Church, in Gilesgate, Durham. 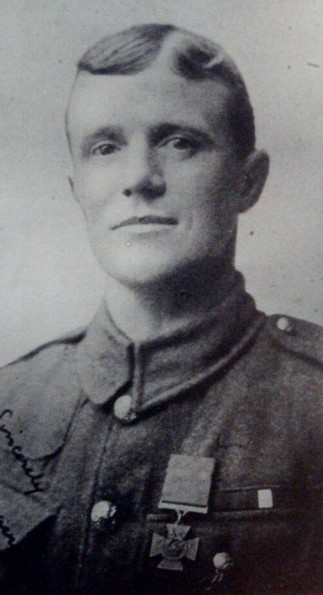 Born in 1880, he was brought up in his early years in nearby Station Lane, Gilesgate, and then in Kimblesworth, north of Durham, where his father worked at the village colliery, before later moving to Sacriston.

At the age of 20 he enlisted in the Army and saw active service in the Boer War in South Africa, but on his return after that conflict in 1902 he remained a reservist, while working at collieries at Burnhope and Craghead, in the Durham Coalfield.

But a month after the outbreak of the First World War he re-enlisted and was posted to France in 1915.

It was during the Battle of Arras, on May 6, 1917, as a member of the 15th (Service) Battalion of the Durham Light Infantry, that he went into no man’s land, under German sniper and machine gun fire, in daylight, to carry water and food to a badly wounded colleague, nearly demented by thirst after lying unattended for four days.

Later that evening as a stretcher bearer, assisted by two comrades, Pte Heaviside helped to rescue the wounded man.

His brave deeds earned him the Victoria Cross, the military’s highest gallantry honour, awarded only for acts of valour in the face of the enemy.

Following the war he returned to work as a miner at Craghead, living a quiet, unassuming life, until he died at home, aged 58, in April 1939, his health said to have been damaged by his years of underground work and his time on the Western Front.

His funeral took place at St Thomas’s Church, Craghead, but his grave had no marker until a fitting white marble stone was laid amid full military honours to show the war hero’s last resting place, in 1999. 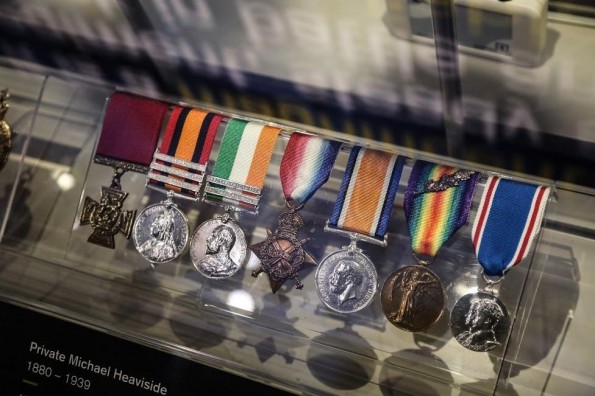 Pte Heaviside’s many military medals, including the Victoria Cross, were presented by his family to the Durham Light Infantry Association, and remain part of its collection.

The commemorative stone, supplied by the Government, had pride of place near the altar at the front of the church, during Saturday’s service, conducted by the Reverend Dr Alan Bartlett. 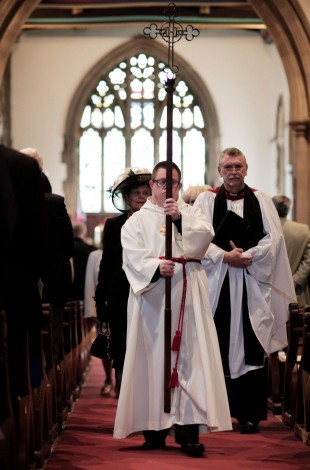 During the service it was unveiled and dedicated by Durham’s Lord Lieutenant, Sue Snowdon, councillor Eddie Bell, the county council chairman and Mayor of Durham, along with Lucy Gourley, Pte Heaviside’s great-great granddaughter.

Wreaths were laid by guests and family members, including the oldest surviving relative, 92-year-old Mary Heaviside, a daughter-in-law of Pte Heaviside.

Ian Heaviside, from Chester-le-Street, who gave a reflection on his great-grandfather’s life during the service, said he would not have enjoyed the fuss, as he generally shunned any limelight.

But he added: “Michael Heaviside was a humble, hardworking family man, a man with great courage, a true hero and someone who we should all be very proud of.”

The stone is to be permanently laid near the war memorial outside the church.