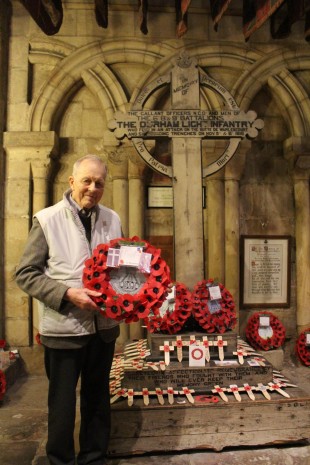 IN MEMORY: George Shotton laying the wreath to his uncle, Newrick Curry, in the DLI Chapel

A WREATH has been laid in Durham cathedral to commemorate the 100th anniversary of the death of a 24-year-old Durham Pal.

At the same time, an identical wreath was laid on his grave in northern France.

The soldier being commemorated was Pte Newrick Curry, of the 18th Battalion of the Durham Light Infantry, known as “the Durham Pals”, who hailed from Fencehouses, near Durham City.

Mr Shotton said: “It was important to mark this occasion for my family. Not just for myself and my wife and son who accompany me today, but also for my mother and my grandparents who lost a brother and a son.”

The 18th, which had been formed by coalfield volunteers as a response to Lord Kitchener’s call for groups of friends to join up at the start of the war, had been fighting around the Somme area since the opening day of the battle on July 1, 1916.

They had moved into the area around the small village of Gommecourt in October 1916. It was renowned as one of the wettest on the front, with the trenches thick with slime and the shellholes of no man’s land filled with festering water. 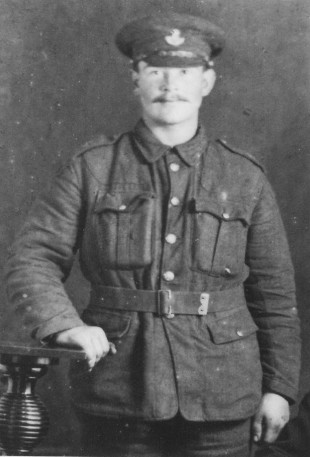 IN WARFARE: The last picture of Pte Newrick Curry taken while he was on leave immediately before he was killed 100 years ago

By the end of March 1917, the Germans were in retreat and it was the Pals’ job to carefully capture the enemy trenches. March 3 started at 6am with raiding parties probing along the trenches, trying to overcome thick wire, concrete barricades and deep, drownable pools of water while under constant fire.

At about 4pm, the Durhams withdrew and the British heavy artillery rained down on the trenches, largely in a bid to blast through the wire. At 5.10pm, the bombardment stopped, and the DLI stormed forward, capturing 25 straggling Germans and two machine guns, and repulsing a counterattack.

When the Durhams were relieved that night, their day was considered a success. They were awarded one Distinguished Service Order, one Military Cross and six Military Medals, but they had lost 15 killed, 28 wounded and three missing.

Newrick, whose parents John and Ruth lived at 17, Oak Street, Fencehouses, was one of those killed, and he was buried in the “shattered village” of Sailly, along with six of his fallen comrades (one of them is Cpl Charles Matson, 21, of Wilson Street, Darlington).

The DLI Chapel was created in 1922 in the cathedral to remember the 12,600 men that the regiment lost in the First World War.

After laying his wreath, Mr Shotton, who lived in Durham until 1975, said: “It has given me great satisfaction. I fell it brings something of Newrick home. It is fitting to leave this memorial in the chapel with his DLI Pals.” 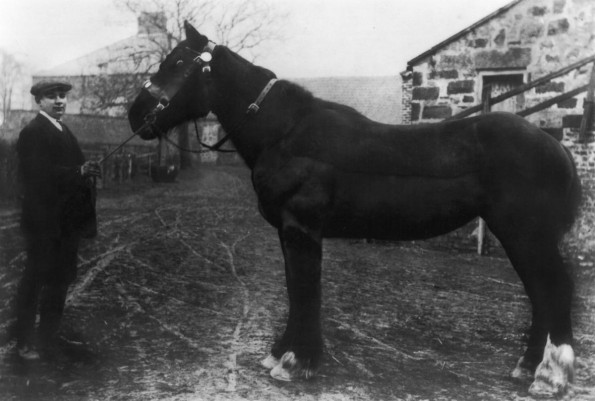 IN PEACETIME: Newrick Curry in Fencehouses before the start of the First World War