Grandad was a war hero

SERGEANT JAMES GRAHAM performed some extremely brave deeds during the First World War. He’d been awarded the Military Medal, the Croix de Guerre, and he had been mentioned in despatches. But his family did not know why. 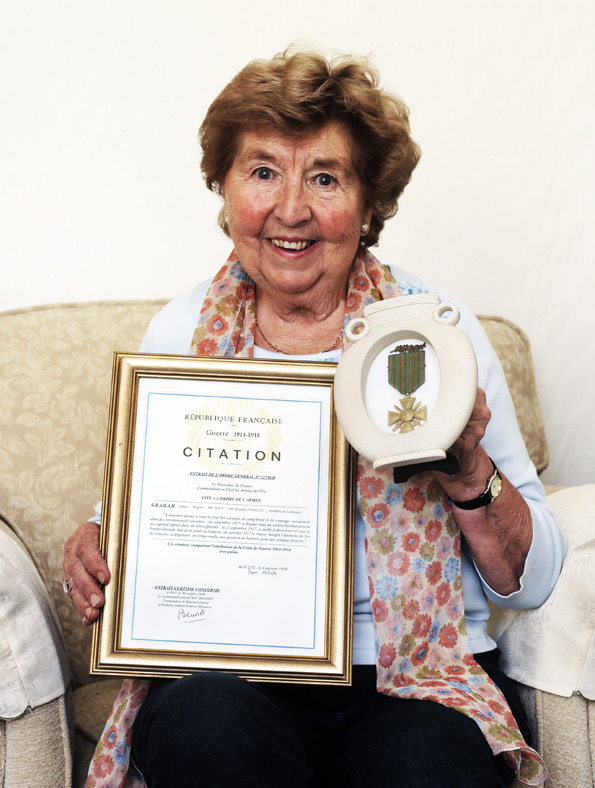 Over the course of the last one hundred years, his medals and papers had got lost. His grand-daughter, Joan Ludlow of Redcar, tried to track down his British army records, but they appear to have been destroyed during a Second World War air raid on London.

So all she knew was that her grandfather had been born in Tow Law in 1885. Perhaps because his father had been killed down a coalmine, James had stayed above ground and joined the Sunderland Borough Police. He volunteered for war duty in September 1915, joined the 108 Brigade, Royal Field Artillery (RFA), and was sent out to the Western Front.

The horsedrawn field artillery looked after the medium calibre guns and howitzers that fired at the enemy from close to the front line. Although the RFA was fairly mobile, the object of many enemy attacks was to capture and destroy the guns that were raining shells down on their trenches. 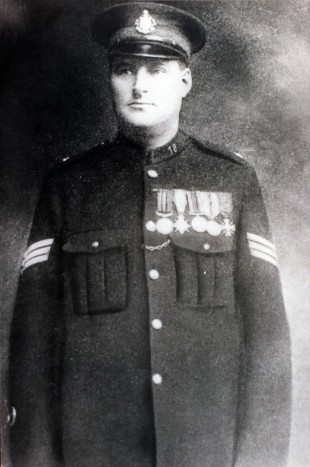 Somehow James survived three years of carnage. He returned home and served with the police until his death from emphysema in 1943, when he was only 58.

“I am the only one left in our large family who spoke to my grandfather,” says Joan. “I was about four or five and my mother took me from Sunnybrow, near Crook, where I grew up, to Sunderland and I remember holding his hand and going for a walk with him.”

In a last attempt to find out more, she wrote to the French embassy in London who forwarded her query to Paris. Colonel Pierre-Richard Kohn replied, including a copy of James’ citation and a Croix de Guerre.

The citation, dated January 1919 and signed by Marshal Philippe Pétain, one of France’s greatest war heroes, begins: “Sgt James Graham always displayed to everyone the very best example of coolness under fire, and of courage.” It then lists three incidents of his coolness, perhaps the most outstanding occuring on September 2, 1917.

“Under heavy bombardment, he rescued a corporal buried in a caved-in shelter.”

As well as rescuing a stricken colleague, the citation suggests how a few days later he had worked out how to get his battery – perhaps up to 200 men – to a place of safety while under heavy fire.

These actions were recognised by the award of the Croix de Guerre avec palme –- the Cross of War with palm. This was the French equivalent of the British “mentioned in despatches”, but the French added emblems to the cross’ green and red ribbon to denote different degrees of valour. A bronze star was the lowest. A silver star was one rung up with a silver gilt star higher still. A bronze palm leaf was above a silver gilt star, and top of the ladder was a silver palm, which was awarded for five bronze mentions.

As James got a bronze palm on his ribbon, his award was pretty high up the bravery tree.

“This is an outstanding citation and you can be really proud of what your grandfather did,” wrote Col Kohn to Joan.

She says: “I can’t tell you how thrilled and overjoyed I was to receive the citation and medal from the French. My grandfather was a real hero, and I am very proud of him, and so are all his ancestors.”