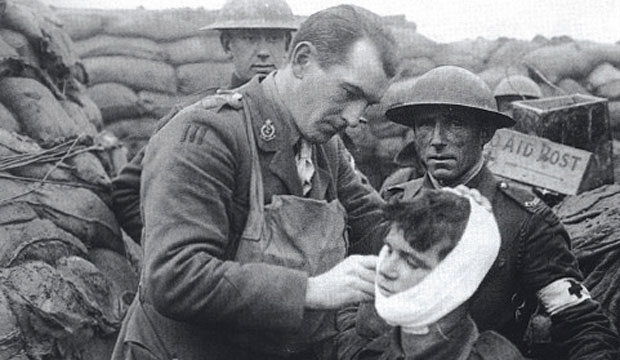 A soldier gets treatment for his wounds

ON Tuesday, Howden-le-Wear Local History Society is holding an open evening to discuss the First World War project for which it has just received £8,000 from the Heritage Lottery Fund.

The society aims to research the stories of all 30 of the men whose names appear on the village war memorial. It hopes to look at their families, as well as their schools, churches and places of work in and around Howden at the start of the 20th Century.

The project will culminate in a book that will be given to every household in the village and to local schools to ensure the men are not forgotten. It will also form a database on the society’s website. The project will be overseen by Anne Yuill who, in 2012, produced a superb book on the fallen of Witton-le-Wear (see Memories 103).

Anyone interested in being involved – young or old, those with family connections and those without – is invited to the meeting at 7pm in Howden Community Centre.