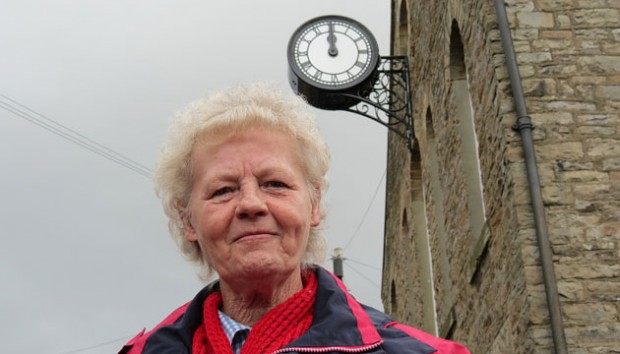 A VILLAGE’S memorial clock has been repaired in time to mark the 100th anniversary of the First World War after a fundraising effort by residents.

The clock has been restored and reinstated at Westgate Village Hall after villagers raised £15,700, nearly £5,000 more than they had initially sought.

Chairman of the village hall, David Heatherington, said: “The clock appeal really brought people from the village together to raise the funds to restore a feature which we all took for granted until it was no longer there.

“But it was more than a timepiece, it was a huge feature in the village and of course it is our war memorial.”

Thanks to the efforts of the villagers, in particular Peter Nattrass, who led the fundraising and organised the work, the clock has been restored to its original specification in only ten weeks.

Mr Heatherington said the aim had been to have the clock back in place to mark the First World War centenary this year.

He said: “Raising funds in difficult times doesn’t happen by accident and I am sure that everyone in Westgate would like to thank Peter Nattrass, a life-long resident and village hall treasurer, for his leadership in making this happen, so that when Remembrance Day comes round in November, we can proudly say that, after 100 years, we still remember them.”

Engineers from clockmaker Smiths of Derby completed the restoration and, thanks to the extra funds raised, were able to use original-style cast dials rather than the planned acrylic ones.

The clock cost £130 when it was first installed in 1920 to commemorate 13 villagers killed during the conflict.

It was originally built by Leeds-based firm Potts and Son and, apart from when heavy snow or ice have caused it to stop, has consistently told the time perfectly since it was installed.

Time had taken its toll on the clock, however, and a service in October last year revealed damage to the drum and dial so severe that it had to be removed immediately amid fears it could fall.