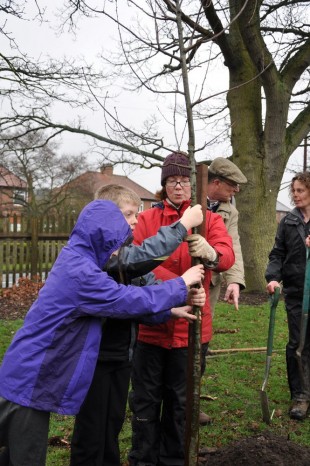 A SCHOOL whose oak trees were the first memorial to the First World War have planted a new sapling to mark the 100th anniversary of the start of the conflict.

The oaks have been recognised as the first memorial to the war, with the most iconic – the cenotaph in London – not being installed until a year later.

A further 40 trees were planted in the school grounds in memory of pupils who fought and died in the Second World War, while in 2003 another was planted for Company Sergeant Major Colin Wall who was killed in Iraq.

Pupils from Wolsingham Primary School joined the secondary students in planting the new oak along with 4,000 poppy seeds.

The tree was donated by the Weardale Society which is giving an oak to every school in the dale to mark the centenary and also in recognition of Weardale’s historic forest.

June Crosby from the Weardale Society said: “We do not want to celebrate war but we do remember those from this school and dale who died in the First World War and other conflicts.

“We are also trying to bring a few trees back into the dale because once upon a time a large part of it was a forest, with oaks in particular very good at feeding the wild boar and pigs.” 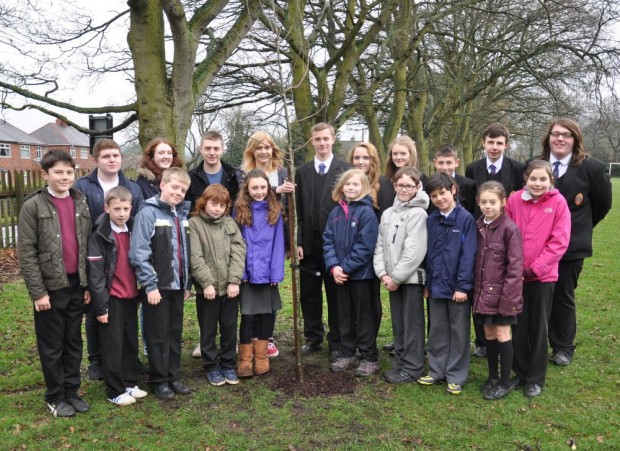 The new oak tree came from North Yorkshire and the planting was aided by the North Pennines Area of Outstanding Natural Beauty Partnership and Weardale Wildlife Group.

Jill Rodgers, head of the school’s modern languages department and organiser of the planting, said: “The children are very aware of the importance of our memorial oaks and it seems only right to install a new one to mark the centenary.”

Wolsingham School and Community College will celebrate its 400th anniversary this year and the public are currently being consulted on plans for a new extension to the old school building which would also see the demolition of the 1950s built upper school site.