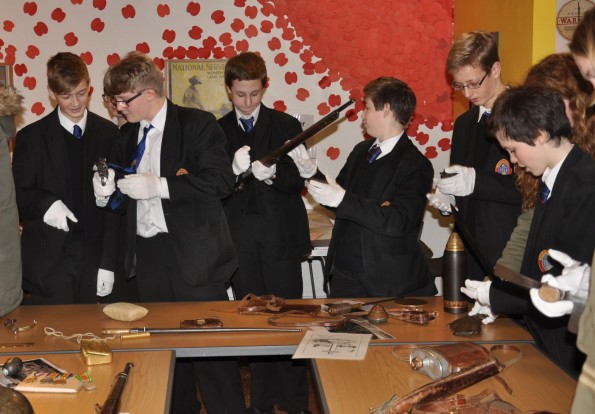 Some of the pupils from Wolsingham School at the Durham Light Infantry Museum in Durham. They will be going to France in July to mark the centenary of the Battle of the Somme

PUPILS at Wolsingham School have begun a project to commemorate soldiers who lost their lives in one of the biggest battles of the First World War.

Students from years nine to 13 will be visiting France in July to mark the centenary of the Battle of the Somme. 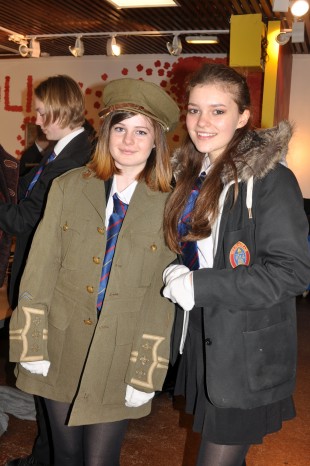 Courtney Barnwell, 15, from Rookhope and Aube Bailly, 15 from Wolsingham

The 25 youngsters were chosen to take part in a ceremony on July 1 and will travel to northern France to visit graves and pay tribute at the Thiepval Memorial.

Around 10,000 people are expected to attend the ceremony, which will be televised around the world, and the students from Wolsingham will be among those leaving flowers at each war grave.

In the lead up to the trip they are working with a school in the Albert region of the Somme to produce a joint art and research project.

They started with a trip to the Durham Light Infantry Museum in Durham to find out more about the history of the battle.

One of the project’s central themes will be remembrance and Wolsingham School’s memorial oak trees – which are thought to be the oldest war memorial in the country.

Twelve oak trees were planted in March 1918 as a tribute to Wolsingham pupils who had lost their lives in the war, including two who were killed on the first day of the Somme.

Christine Gray, from Wolsingham School, said: “Three of the region’s school’s are going to be represented. It’s a big deal for the school. We do make a big deal of remembrance because it’s part of our history.”