A soldier, his spoon and his spouse 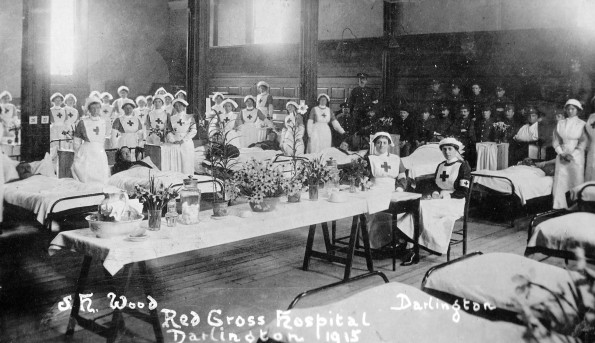 MEETING THE PAST: A superb picture from Lillian Donald’s album showing the interior of the Darlington VAD hospital in 1915. It is believed that it was taken in the Friends Meeting House in Skinnergate, Darlington

THIS is a story of some nurses and a spoon. The nurses were undoubtedly heroic, but the spoon is truly splendid.

More than a teaspoon, it is a proper tablespoon, made of the finest Sheffield steel.

Stamped on its handle, is its owner’s number – SG 16170 – and, just like him, it survived the First World War on the frontline with the Scots Guards.

It even appears to have sustained an injury to its tip – perhaps shot away by a bullet; perhaps worn away by too much stirring. 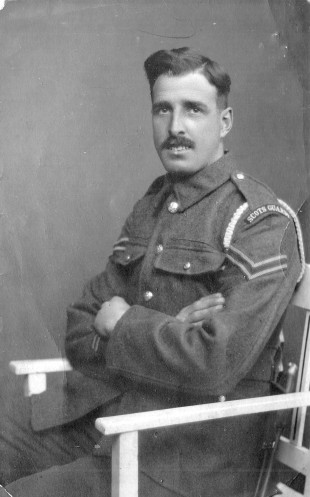 Its owner was James Ballantyne Donald, who was Scottish, born near Glasgow in 1887. In his early 20s, he came down to Darlington to work as a “Scots draper” with William Maben, a fellow Scot who had established a shop in Kendrew Street.

James lodged with the Mabens in Greenbank Road, and the inevitable happened: he fell in love with Lillian, William’s youngest daughter.

It is believed that James and his spoon were posted to the Somme. His grand-daughter, Brenda Wright, has a picture of him in his Scots Guards’ uniform with a lanyard beneath his lapel – this suggests he may have had something to do with horsework.

He was promoted to lance corporal on August 16, 1918, and demobbed on April 9, 1919. Both he and his spoon had survived the Great War, and they returned to Greenbank Road.

Lillian, though, had not been idle in his absence…

LAST week in Memories, we touched upon the Voluntary Aid Detachment – or VAD – which was formed in 1909 by the War Office with the Red Cross and the Order of St John of Jerusalem.

Although some VADs made it to the frontline, their lack of thorough medical training did not make them suitable for field hospitals.

Back home, they really came into their own running convalescent hospitals for injured soldiers. 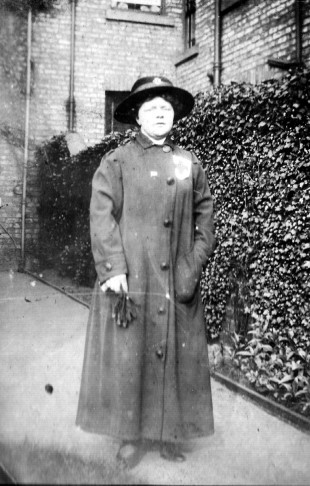 The commandant of the Darlington VAD was Mrs Edith Petter, who also received an OBE for her work. Lillian Donald must have worked as a VAD under her. The Darlington hospital – the 6th Durham VAD – was initially established on November 16, 1914, in the Friends Meeting House in Skinnergate. It had 50 beds. Lillian must have worked there because her granddaughter, Brenda, has an album of photographs which show groups of soldiers and nurses posing outdoors – the pictures are not captioned, but in the background are the simple rounded tops of Quaker gravestones, so we guess the pictures were taken in the graveyard behind the Skinnergate meeting house.

The Quakers were, of course, profound pacifists who were wrestling with their collective consciences over the war.

Despite this, when Gurney Pease’s widow died at the start of the war, the family allowed his stately home of Woodside to be converted into a 75-bed hospital, complete with operating theatre. The hospital transferred there from Skinnergate on September 15, 1915.

Lillian must have worked there, too, because in her photo album, there is another outdoor group shot of soldiers and nurses. In the background are the pillars of an ornamental loove – or folly – that the Peases had in their Woodside pleasuregarden. 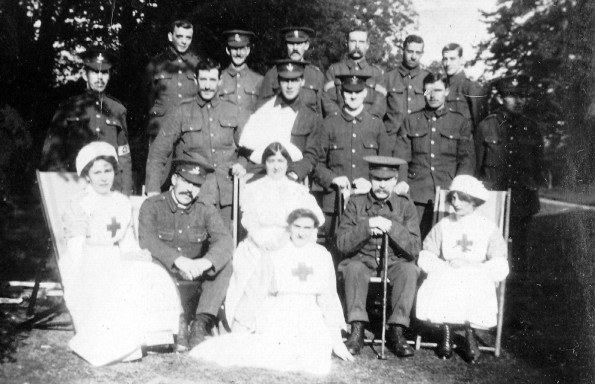 GRAVE SETTING: Nurses and patients behind the Friends Meeting House – you can see gravestones in the background

In wartime, Darlington’s VAD hospital treated 540 in-patients and 2,249 out-patients. It closed on July 31, 1919, and Winston Churchill sent the Quakers a signed certificate, noting their contribution to the war effort.

And in peacetime, Lillian returned to her husband and growing family in Greenbank Road. She and James had two more children, and lived happy and fulfilling lives, both dying in their seventies, having done their bit in their nation’s hour of need.

QUITE a few Army issue First World War spoons survive, and such a large proportion of them are worn down like James’s that it cannot be a coincidence. They must have been ground down deliberately.

There are several theories about why.

Firstly, a rounded tablespoon would not fit into the corners of a mess tin. A flat-edged spoon would not only get every last morsel out of the tin, but it would also leave it clean – perhaps an important consideration when there were few washing facilities.

Secondly, a flat-edged spoon could triple as a spoon, a knife and a fork – preventing Tommy from having to carry three pieces of cutlery.

In fact, it could have quadrupled as a screwdriver, preventing him from carrying a fourth instrument.

WOODSIDE was built on a grassy hillock between Consicliffe Road and Blackwell Lane in 1842 by John Castell Hopkins, who owned collieries in south Durham and an iron company on Teesside. In 1848, he sold Woodside to John Harris, a wealthy Quaker engineer. 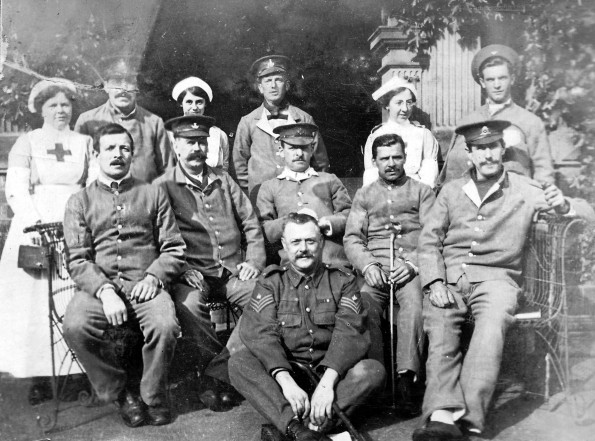 HEALING HEROES: A VAD nurse with soldier patients in the grounds of the Woodside mansion in Darlington – the pillars in the background appear to be on a loove, or folly, in the Woodside ground

In 1872, the newly-widowed Katherine Pease moved her troubled family into Woodside – her late husband, Gurney, whose father was Joseph whose statue stands on High Row, had just died.

After the war, Woodside could not be economically returned to domestic use and it was demolished in the 1920s. 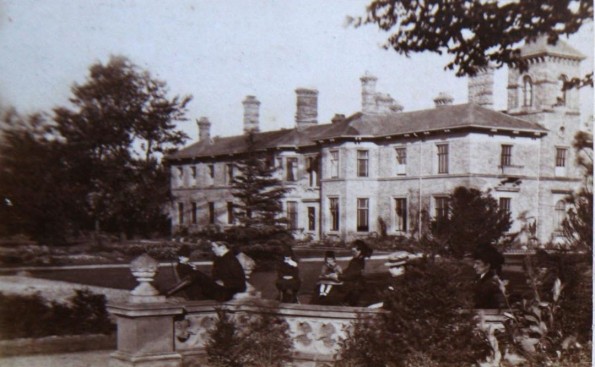 GONE BUT NOT FORGOTTEN: The Woodside mansion was demolished in the 1920s

Hartford, Ravensdale, Woodvale, Woodcrest, Greenmount and Manor roads are all on its gardens.

THERE were 28 Voluntary Aid Detachment hospitals set up in large buildings in County Durham during the First World War.