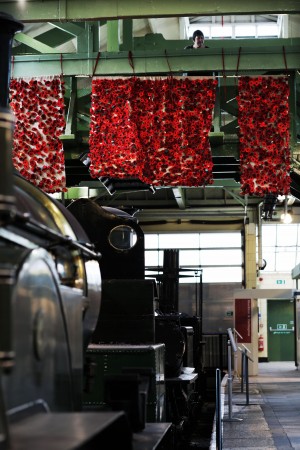 A STUNNING red waterfall of knitted poppies is on display at a North-East museum following the completion of a mammoth commemorative project.

Darlington’s Head of Steam Railway Museum spearheaded the drive to knit 2,236 poppies to represent each of the North Eastern Railway workers killed during the First World War.

Dance class members, book clubs, children and knitting groups from across the region were among those that rose to the challenge and now the poppies have gone on display at the museum where they will remain until 2018.

Sarah Gouldsbrough, learning and access officer at the Head of Steam, has been leading on the project and said she was delighted with the community’s response.

She said: “The museum wishes to say a huge thank you to everyone who has made poppies, not just in Darlington but from the North East and farther afield.

“We have even had donations from a lady in Loughborough!

“Many poppies have come in from repeat donors such as the Crown Street Knitting group, the Bridge (Arts Centre), local churches and societies as well as many individuals.

“An extra special thank you must go to Jean and Margaret, who are regular visitors to the Museum, and really took this project to heart.

“They worked with friends, St Andrew’s Church, All Saints Church, Hurworth Line Dancing Club and Jean’s grandchildren to make and collect over 500 poppies.” 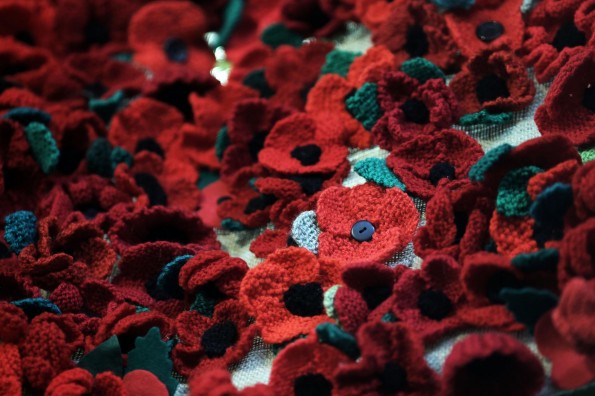 Councillor Nick Wallis, Darlington Borough Council’s cabinet member for leisure and local environment, added: “The people of Darlington and beyond have done a fantastic job of creating a moving tribute to the 2,236 railway men who lost their lives in the First World War.

“I would like to see as many people as possible taking the opportunity to see this wonderful tribute.”

The Field of Poppies project was part of the railway museum’s wider Heritage Lottery-funded scheme, North Eastern Railways in World War One, which started last February.

Other elements have included the creation of a database of all North Eastern railway workers who served in the conflict, plus special exhibitions and an education programme for schools.

People who have poppies not yet delivered would be welcome to take them to Crown Street Library in Darlington where staff at the Centre for Local Studies are collecting poppies to commemorate each Darlington man who was killed in the First World War – a total of 1,200 are needed.