Homecoming – a war play with heart 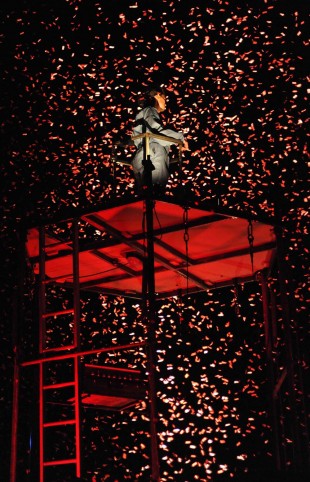 POIGNANT DRAMA: Images from Homecoming when it was performed in Stockton earlier this year

THE wartime experiences of communities across the Tees Valley are being commemorated with a moving performance.

The performance – commissioned by a consortium of Tees Valley councils – is being staged across the area using the real-life stories of those on the home front as inspiration.

Homecoming uses those stories to pay homage to the soldiers, nurses, munition workers and families who lived and worked through the Great War.

Internationally-acclaimed theatre company Periplum has worked in partnership with local communities, museums and heritage organisations to develop the shows, which are tailored to each town.

The final performance in Hartlepool will take place on Tuesday, December 16 – exactly 100 years since the town was bombarded from the sea.

Artistic director Claire Raftery said: “It’s been a deeply moving experience researching the stories and lives of the Teesside communities during the First World War.

“We wanted to focus on the towns themselves and the social changes that were brought by the Great War, both positive and negative.

“The show tells the story of the war and how the Hartlepool Bombardment had a massive local and national impact on people’s attitude towards the conflict and the part they could play in it.

“It also commemorates the bravery of the local soldiers who went to fight in Europe and beyond.

She added: “The making of this show made us question the nature of bravery and sacrifice. 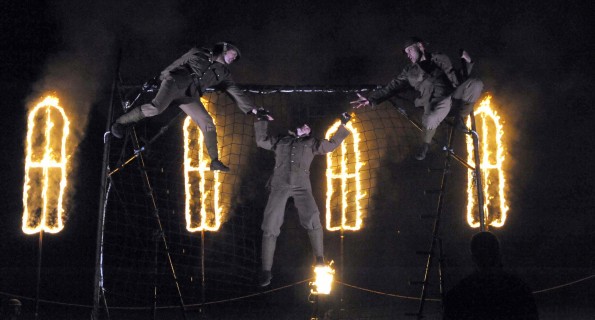 POIGNANT DRAMA: Image from Homecoming when it was performed in Stockton earlier this year

“We are recording all the names of the fallen as part of a memorial, and at the same time not forgetting the heartbreaking stories of the young men who were executed at dawn and pardoned only a few years back. 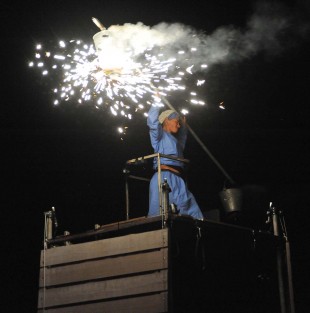 POIGNANT DRAMA: Image from Homecoming when it was performed in Stockton earlier this year

“We also include the stories of conscientious objectors, many objecting on religious grounds, who faced great challenges and adversity with a bravery of their own.”

A member of the audience when Homecoming was performed in Stockton said: “I thought it was the most sensitive and moving remembrance I have ever seen. The researchers should be praised for their inclusion of stories and people that are often neglected.”

Anyone interested in participating in the free Darlington show is asked to email info@periplum.co.uk. Volunteers must be available from 4pm until 8pm on Thursday, November 13, and Friday, November 14, for rehearsals.