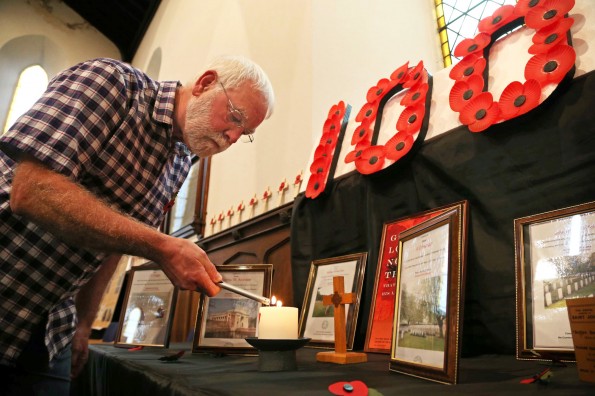 “DON’T put the men’s ranks on the memorial because they’re all my lads,” were the words of a headteacher in 1923.

Mr J Broughton, the head at St John’s School, in Darlington, was speaking before the unveiling of a memorial plaque and roll of honour dedicated to former pupils who served – and lost their lives – during the First World War.

According to a report in The Northern Echo from 1923, the boards were unveiled in an “impressive ceremony” attended by the town’s mayor and other dignitaries.

Following the closure of the school in the 1970s, the poignant items languished in the bell tower of St John’s Church, in Neasham Road, for more than 40 years – until they were unearthed by churchgoer Ian Wood.

The items – described in The Northern Echo as being framed in rich oak and beautifully designed – were lovingly restored by Mr Wood and now form the centrepiece of an exhibition, which opened yesterday.

They list by name the hundreds of local men, staff and former pupils from the school, who served in the war.

Today, the Bishop of Durham will dedicate them to the church during a special remembrance service, taking place from 4pm.

According to Mr Wood, many of those who served and perished worked as railwaymen, while the youngest on the memorial board was only 16 and a bugler in the Royal Army Medical Corps.

Mr Wood said: “It’s the ideal time for these memorials to go up – these boards have been in the background and the people should be remembered.

“It means a great deal to the church that these memorials are back where they belong.

“It has been an emotional experience putting together the exhibition, especially considering the age of those who were killed.

“There are about 140 names on the memorial board and that’s just from a small part of the town – it really brings back the enormity of what happened.”

The exhibition at St John’s Church can be viewed from noon until 4pm today. 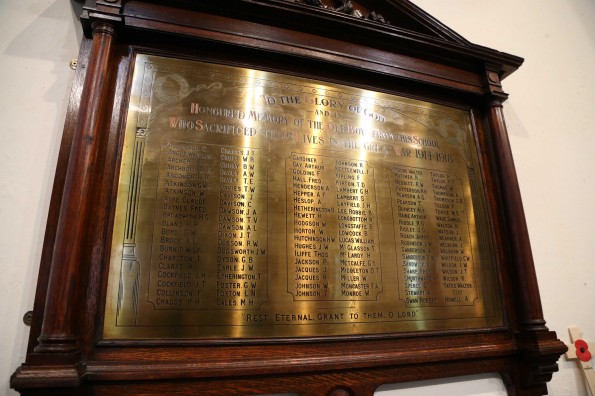 The roll of honour dedicated to former pupils of St John’s School, in Darlington

The names as they appear on the rolls of honour