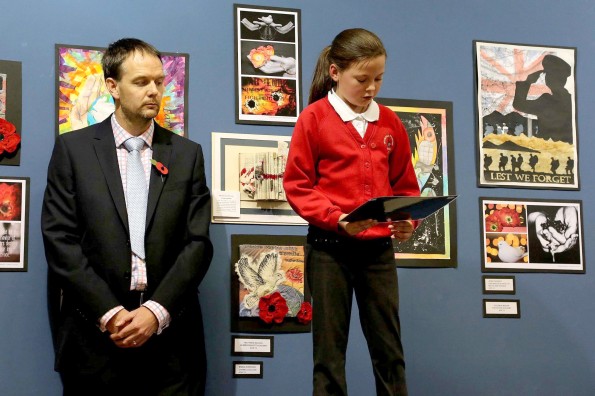 SCHOOLS EXHIBITION: School children from across Darlington read some of their poems during the event at the Crown Street Library in Darlington. Picture: DAVID WOOD

SCHOOL pupils paid tribute to those lost at war by launching an exhibition in their honour.

Students from across Darlington commemorated the First World War by collaborating to create the exhibition, which opened at the Crown Street Library this evening (Thursday, November 6).

The Peace and Reconciliation art display was created by year nine pupils and was exhibited alongside poetry written by key stage two pupils themed around the futility of war.

Art students from Darlington College displayed a picture inspired by poetry written during the war. 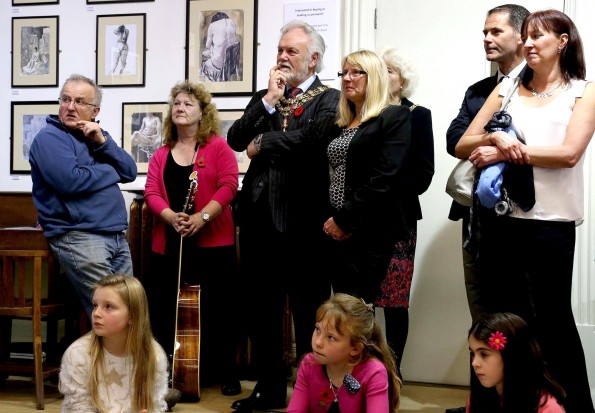 The opening event saw students and their parents enjoy poetry readings and a performance from folk singer Trish McClean, who played a song written in tribute to her grandfather who was lost in battle.

The exhibition opens to the public tomorrow (Friday, November 7) from 6.30pm.

The public launch will feature a further performance from Trish McClean and a talk from Chris Lloyd on Darlington in 1914.

Entrance, including refreshments, is £4 with all proceeds going to the Butterwick Children’s Hospice and the Phoenix Recovery Centre in Catterick.