The nurses of the Voluntary Aid Detachment

IN Memories 173, (published in The Northern Echo every Saturday) we told of the VAD – Voluntary Aid Detachment – nurses who ran convalescent hospitals for injured soldiers. Brenda Wright, of Darlington, has discovered this magnificent picture of all the town’s VAD nurses. Their hospital was started in the Friends Meeting House in Skinnergate, but switched to the Woodside mansion, in the west end of town, when it became vacant in late 1915. 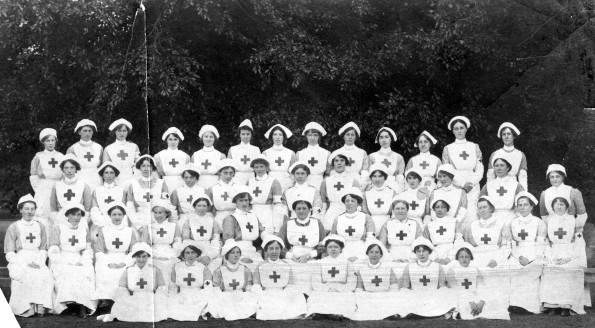 MINISTERING ANGELS: Brenda Wright’s picture of Darlington’s VAD nurses at their hospital at Woodside in the second half of the war. Brenda’s grandmother, Lilian Donald, is fourth from the left on the front row. The hospital commandant, Edith Petter, is seated in the centre just behind her

There about 30 VAD hospitals in County Durham, and a similar number in North Yorkshire. They were usually sited in stately homes, and their commandant was usually a formidable member of the local nobility.

For example, in the king’s birthday honours of May 1918, Lady Beresford Peirse, the commandant of the VAD hospital in her husband’s Bedale Hall, in Bedale, was awarded an OBE for her nursing work.

In the same honours, Edith Petter received a British Empire Medal for running the Darlington VAD hospital since its inception. The most obvious explanation for the differing level of the honours was that Lady Beresford Peirse was the wife of Sir Henry, whose family had owned much of Bedale since the 16th Century, whereas Edith was the wife of a doctor whose practice was in Stanhope Road, Darlington.

Edith, though, deserved her award. “She has been unremitting in her efforts to make and keep the hospital thoroughly efficient and to render a stay of the pateitns therein as comfortable and pleasant as possible,” said the Northern Despatch newspaper in reporting her honour. “She is of a genial disposition, an able manager and has proved that she is in every way fitted for the post which she has now filled for over three years with complete success.”

THE 17th VAD hospital in County Durham was in The Red House in Etherley, near Bishop Auckland. This had been the home of mineowner Henry Francis Stobart – his wife, Jessica, was also honoured for being hospital commandant. 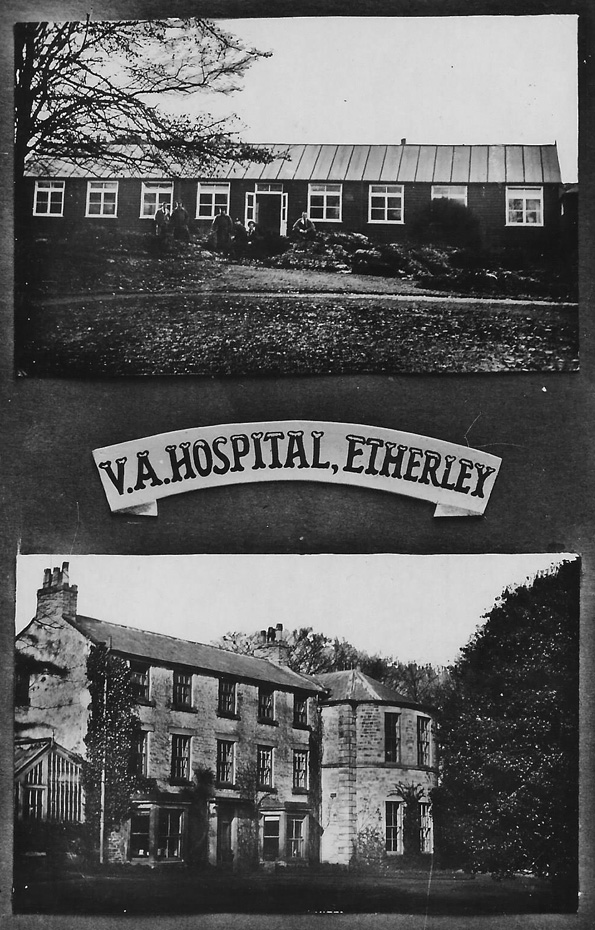 Tom Hutchinson of Durham has kindly sent in this postcard which shows both the grand house and the prefab ward which was erected in the grounds. On the rear, a nurse has written the message: “Ethel. That is where I sleep opposite the open door. The rooks make a deuce of a noise. They are building their nests in the trees around the house.”

Several people have sent in stories about their families’ involvement with the VAD hospital in Etherley, which will be appearing in future weeks – does anyone have anymore?

The Stobart family handed The Red House back to the military for use in the Second World War as a troop billet. It was demolished soon afterwards and now a small estate of houses – called Red Houses – stands on its site.