The worst injury of all that afflicted a Darlington boy 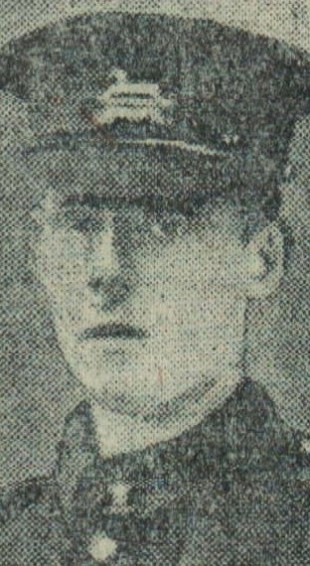 OF all the terrible consequences of war in the way of personal disfigurement and incapacitation, none can compare with the distress of total blindness, ” began an article in The Northern Echo on March 7, 1916.

“Unfortunately, that affliction has affected. . . a Darlington boy, Private Allan Yates, of 8, Stewart Street, who has fallen a victim to the dread misfortune at the early age of 18 years.”

The unlucky lad was “surprisingly cheerful” when the Echo interviewed him in the Blinded Soldiers and Sailors Hostel in Regent’s Park, London, where he was training to be, of all things, a carpenter.

He came from the Hopetown area of Darlington and before joining up had worked at Brown’s Saw Mills in John Street. He’d enlisted in the 12th West Yorks shortly after the outbreak of the war 100 years ago and arrived in northern France on September 7, 1915.

He didn’t even make it to the end of the month.

“As we were attacking, a shrapnel shell burst quite close, and I was hit on the right temple. I dropped senseless, and knew nothing until eight days later, when I recovered consciousness and found myself in Abbeville Hospital.

“My sight had gone, and the Germans had given me six wounds to the body – three with rifle bullets and three with shrapnel.”

He said his right eye had been taken out and while his left remained, he was unable to recognise anything with it.

“I felt it badly at first, ” he said, “but there is absolutely nothing to get depressed about. It is a big drawback, but I can enjoy myself as well as anyone else.”

His unnamed sister told the reporter: “We often thought that he might lose an arm or a leg, but we never thought about his eyes.” 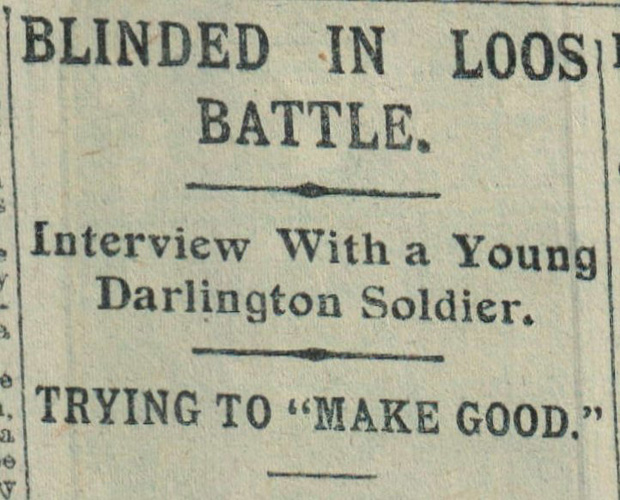 FROM THE FRONT: How The Northern Echo reported the injury to Private Yates

Arthur Pearson, the newspaper magnate and philanthropist who had set up the hostel, said Pte Yates would soon be set up in business in his home in Darlington.

“He is bearing his blow pluckily and will, I am sure, make good as a blind man, ” he said.

The Northern Echo reported that Pte Yates said with a smile: “I’ve not really gone through much, and I’m a lot better off than many another.”

Can anyone tell us how the rest of this brave soldier’s life turned out?