In an unmarked plot in Darlington’s West Cemetery lie the remains of Private Edward Henry Pratt who fought for two years in France, was injured on at least two separate occasions, and eventually died from his wounds in a hospital bed, four months after being discharged as unfit for military service. 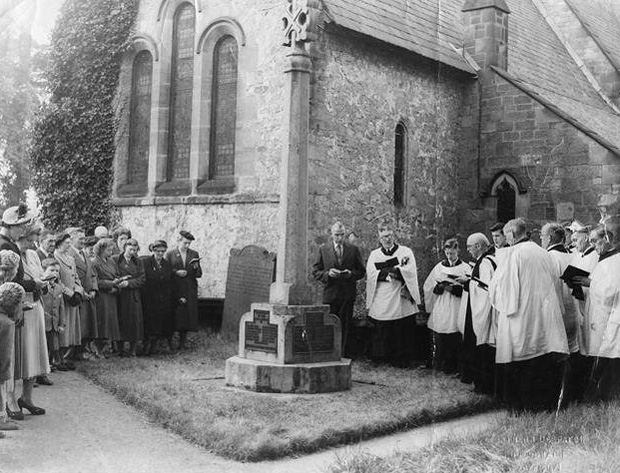 PAYING RESPECTS: A remembrance service around the Aycliffe memorial in the 1950s

AYCLIFFE Village Local History Society is trying to right the wrong and, after nearly 100 years, get the poor chap a headstone to mark his grave.

Edward was born in December 1889 in Cockerton on the outskirts of Darlington. In 1908, he married Margaret from Trimdon Grange, and the 1911 census found them living in Heighington Street, Aycliffe, with their two boys: Alfred, aged one, and Nicholas, who can barely have been anything. 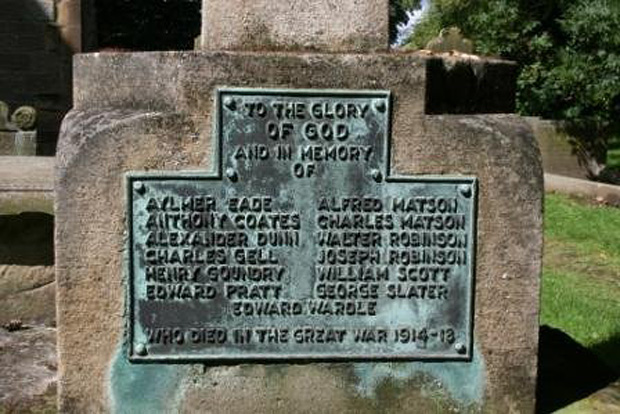 DEATH TOLL: The 13 names of the men who lost their lives in the First World War

Edward was listed by the census enumerator as a limestone quarry labourer – Aycliffe in those days was surrounded by quarries which are now being filled with Darlington’s unrecyclable leftovers. He enlisted on October 25, 1915 when he was 26 years and ten months old, 5ft 6ins tall, and had good vision and physical development.

He joined the 5th Battalion, Durham Light Infantry and went to France, where, on February 10, 1916, he suffered what was described as “mild” gunshot wounds to the left leg and neck. 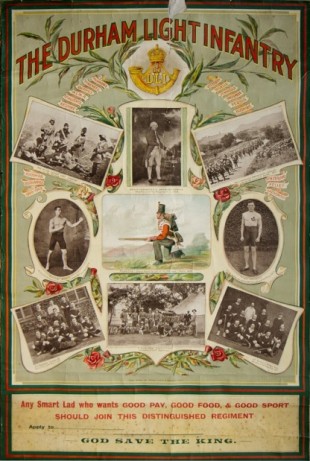 He was back in Blighty, recuperating, for three months and then returned to the front, only to be struck a second time by a gunshot, on September 16, 1916, this time in the right shoulder. This time he was home, recuperating, for six months.

The next entry in his war records is that onMay 21, 1918, he was discharged because he was unfit for service.

Two years in the trenches had served to turn Edward from a fine physical specimen into a human colander.

The final entry in his records is that he died on September 15, 1918, in Darlington’s Greenbank Hospital. His death certificate gives two causes of death: paraplegia – a disability of the limbs often caused by a traumatic injury to the spinal cord – from which he had been suffering for a year, and exhaustion.

His name appeared in The Northern Echo’s role of honour two days later. The cause of death in the paper was easier to understand: “Died of wounds.” He was buried on September 19 in the unmarked grave, although his name was inscribed on the memorial, in the shape of a St Andrew’s cross, which was unveiled on October 11, 1922.

ROLL OF HONOUR: Pte Pratt’s mention in The Northern Echo’s roll of honour in 1918

Tragedy upon tragedy: 11 days after the unveiling, Margaret died, aged 33. She had been living in The Orlands, a street in Aycliffe Village.

And so the couple’s four children – the boys Alfred and Nicholas plus Sidney (born 1913) and six-year-old Marjorie (born 1916) – were all orphans.

What became of them? Can you complete the story?

Of the 13 First World War names on the Aycliffe memorial, only one has eluded the searches of the Local History Society. That is of Edward Wardle. If you can offer any clues about him, or Edward Pratt, either contact Memories as above or David Lewis of Aycliffe Village Local History Society by emailing davidlewis0944@ gmail. com or calling 01325-319196.