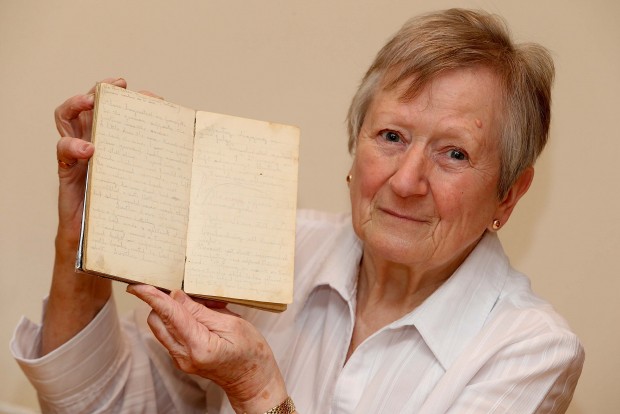 Isabel Field, of Langley Moor, with her uncle George’s diary

IN the faintest pencil amid the mud of the trenches around Ypres, Gunner George James wrote a diary which is now in the loving hands of his niece, Isabel Field.

Memories began serialising his remarkable diary at the start of the year so that we are now in step with events as they unfolded in his world exactly 98 years ago.

‘IN FOR IT’: Gunner George James, of
Littletown, County Durham

So far, we’ve followed him from County Durham to the Somme, his excitement turning quickly to trepidation – “we were in a strange land, hastening towards the battlefront to a destiny unknown and knew we would never return”, he wrote on his arrival in November 1915.

We’ve shared with him the appalling news that his brother, John, had been killed in the Dardanelles, and we’ve spent Christmas with him witnessing terrible scenes in the trenches. Last week, we felt his pain as he visited a grinning dentist for a rudimentary extraction.

Isabel, who is the daughter of George’s brother William, has now provided us with more information about our diarist.

He was born on April 4, 1895, in Littletown, a mining village a few miles to the east of Durham City. His parents, William and Isabella, had another four boys and then, in November 1905, a baby girl whom they hastily named Elizabeth. 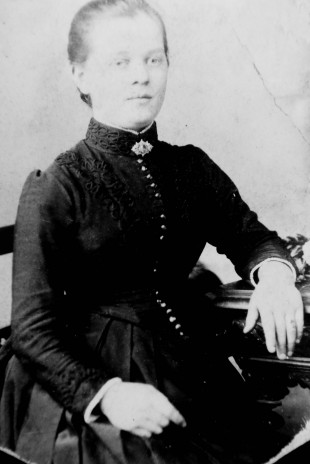 EARLY DEATH: Isabella James, George’s mother, who died following childbirth when she was 32

She died four hours later, followed by her mother a couple of days later. Isabella was 32. Life in those days was often short and cruel.

With their father working in the local pit, the five motherless boys, aged from 18 months to nine years, were taken on by his 16-year-old sister, Lizzie – how her life suddenly changed, from a teenager on the cusp of womanhood to a mother-offive.

The boys attended the small village school until they were about 13, which makes George’s articulate diary even more impressive.

After school, they followed their father down the pit.

The family were very strong supporters of the village’s Wesleyan Methodist chapel, where George was especially highly regarded.

Aged 19, he was made chapel secretary.

They all signed a teetotal pledge, which made our flippant remark about George drinking in the first installment so insensitive.

For that, we apologise. 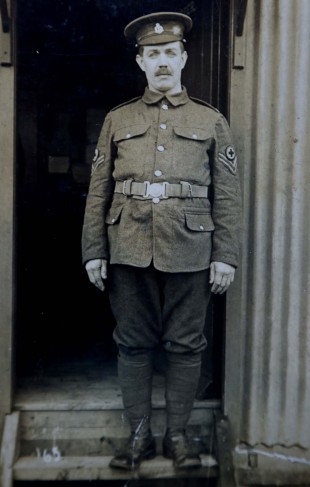 At the Claypath recruiting office, when he said he was 17, he was told: “Go down the street and when you come back, you will be 18.” And so he made it into the East Yorkshire Regiment for a tragically brief career: enlisted November 10, 1914; arrived Dardenelles, October 3, 1915; killed by shrapnel, October 26, 1915. His journey to Turkey lasted longer than his time on the frontline.

Their father, William, had also volunteered, despite being into his 40s, and he went to serve at a military hospital in Stafford with the Royal Army Medical Corps.

This left the three younger boys, William Jnr, Thomas and Victor, living with relatives, and itching to sign up themselves – Isabel’s father, William, tried when he was aged just 14, but big brother George wrote to him from camp in Aldershot: “You were talking about wishing to enlist. You mustn’t think any more about it. You have no idea what it is like to be away from home.”

George landed in France on May 12, 1915. After a long train journey and then a couple of days’ march, he made it to the frontline of the Somme where, in November 1915, he began writing his diary.

Today’s extract from the diary shows how in late January 1916, George was still at the front. Many days were quiet, but he was peppered by sporadic moments of such horrific violence that he was always wondering what was around the corner.

We shall next catch up with Gunner George’s diary in February.

Montenegro has fallen. We’ve lost 18 aeroplanes in a month, German aircraft seem to be supreme. I think it is a new German battle plane that is causing the trouble, a plane with 200hp engine which gives it a remarkable speed in climbing.

What about it, Mr Asquith, and what about the blockade on our Navy?

Back into action near Armentieres, I was with the advance party of signals. This appears to be a fairly quiet position.

We are in for it today. We received a very warm reception from the Germans. They shelled the position, the roads, the billets, the cookhouse and everything connected with the battery. Never had such an overwhelming greeting before. We were ordered to leave the guns twice. It is now 8pm. Things have quietened down a little. We have found a place to sleep in a barn, which was this morning, but part of it has gone. We have one casualty wounded in the head. I wonder what tomorrow will bring.