Durham and Bishop Auckland suffered some of most losses in First World War, new research reveals 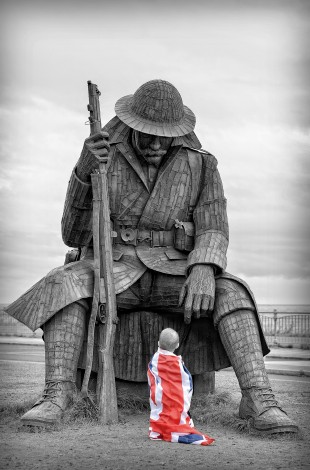 LOSSES: Durham and Bishop Auckland suffered some of the most losses in the First World War, new research has revealed. Picture: Angy Ellis/Northern Echo Camera Club. To order a copy telephone: 07851615915 or find Angy Ellis Photography on Facebook

ON the day the nation remembers our brave fallen, it has emerged two North-East towns suffered greater losses than most.

Almost eight per cent of Durham City’s population was killed fighting abroad in the First World War – the highest figure in the UK, according to research by family history website, Ancestry.

Bishop Auckland also saw suffered huge losses and was ranked sixth in the UK after losing 459 men; equating to 3.36 per cent of its population of 13,681.

The men were among some 700,000 British soldiers who gave their lives during the Great War as thousands volunteered with friends and family, often signing up to fight together as part of the Pals Battalions.

The Durham and Bishop Auckland soldiers were mostly associated with the Durham Light Infantry (DLI), which local historians say could have accounted for the huge losses – as its 37 battalions was badly hit during the conflict.

Manager for the DLI Association of Veterans, Harry Moses, said: “It is clear we are talking about a lost generation and many of the families were working class meaning families lost their main income so life would be a struggle.

“The Territorials or Pals were weekend soldiers from the same area which is something I think we sometimes forget.

“They were a very close group of lads and when war started they lost a lot of friends but also families and there’s the story of the little chap on his bike coming down with the telegrams and going to a number of houses in the same street so people dreaded that happening.”

As a regimental historian, Mr Moses, has written several books on the DLI and said the Bradford family, of Bishop Auckland, and the Smith family, of Barnard Castle, were some of the worst affected as they were nearly wiped out altogether but most working class men saw the war as an opportunity to see the world and get away from the pits.

“The war was looked on as a great adventure and these lads were working class; they had never been on holiday or been outside their village and then here was an opportunity to get paid for it and it was exciting as well.”

“There was such unemployment and this was something they felt gave them some dignity back but as well of course the battles they were involved in, particularly the Somme, had a great toll on the DLI,” he said. “Historically it does not surprise me because in that particular battle 16,000 were killed in the first house which was absolutely horrendous.”