Fate of prisoners of war revealed in talk at DLI museum 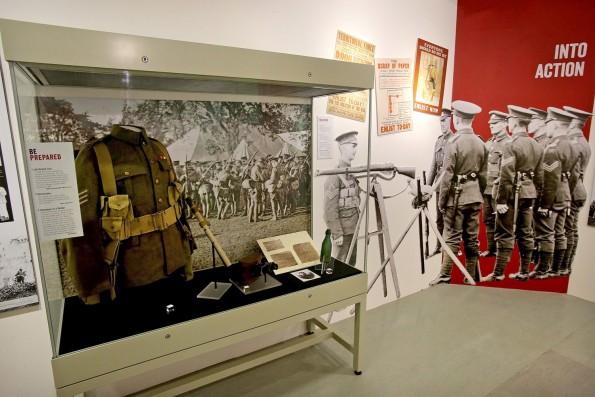 An exhibition at the DLI Museum

THE fate of thousands of British soldiers taken prisoner during the First World War will be revealed by a military historian.

Writer John Lewis-Stempel will discuss the fortunes of British prisoners of war during the conflict at a talk taking place at the DLI Museum and Durham Art Gallery in Durham on Saturday (June 20).

The talk will be based on John’s new book: “The War Behind the Wire: Life, Death and Heroism Amongst British Prisoners of War, 1914-18”.

Prisoners battled starvation, disease, the cruelties of their captors and boredom. More than 12,000 prisoners of war died, many of them murdered and buried in unmarked graves.

Others made dramatic escapes, including 29 officers at Holzminden camp, in Germany, who tunnelled their way to freedom using chisels and trowels.

The talk, part of the Aykley Heads museum’s ongoing commemorations to mark the centenary of the First World War, starts at 2pm and costs £3.50, plus normal museum admission.