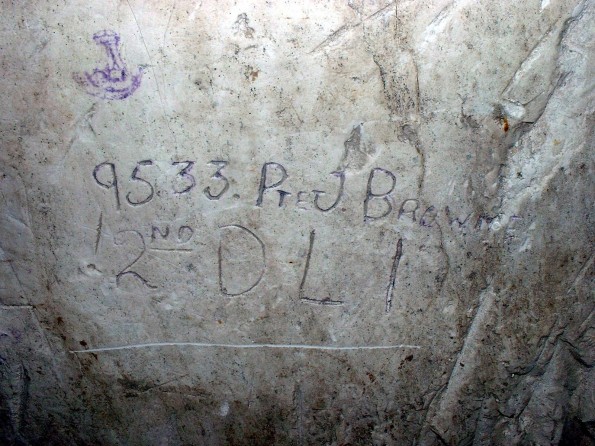 WARTIME graffiti buried deep beneath a French battlefield has been unearthed 100 years after it was written by North-East soldiers.

Pen and pencil messages scrawled on tunnel walls by Durham Light Infantry soldiers during the First World War has been discovered by members of Teesdale and Weardale Search and Mountain Rescue Team excavating long-forgotten passageways from the Battle of Loos. 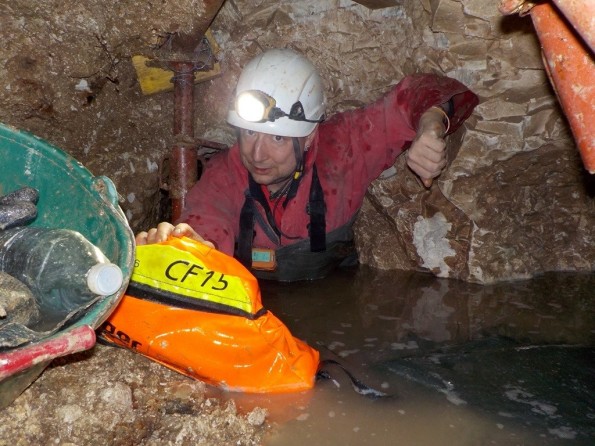 DISCOVERY: Search and rescue volunteer Paul Allison in one of the collapsed tunnels

Amid rusty explosives, digging equipment and remains of trench life, the search team found several pen and pencil inscriptions including names, service numbers and regiments left behind by the men who fought a hidden war.

The fascinating discovery was made as the team explored a section of the frontline called Copse, which had a complex network of tunnels, including listening and fighting galleries, a brigade battle headquarters and several internal and external shafts. 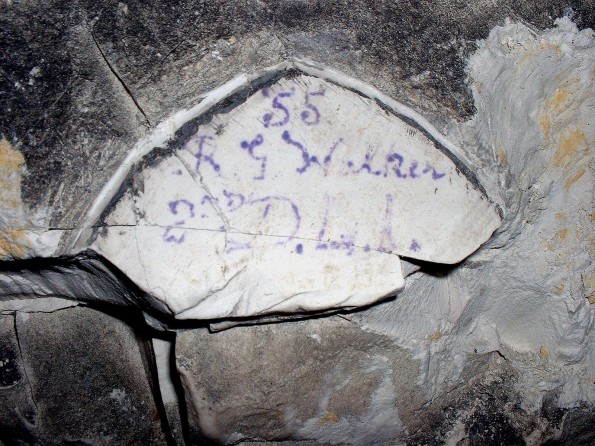 Team member Paul Allison said: “The tunnels are difficult to explore as there can be poor quality air, deep water, unstable collapses and unexploded ordinance.

He added: “The DLI probably weren’t involved in the tunnelling, but were a regiment in the line, and may have been living and working down there.

“We often find graffiti, but it is rare to find any that is identifiable to an individual, and, because it was the DLI, I took an interest and approached the Durham Record Office for help to find out more.” 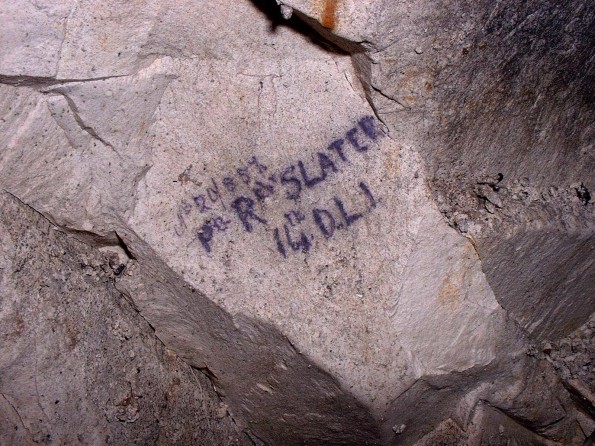 EVIDENCE: Message left by Private Robert Slater from Ryhope was uncovered a century after the battle

The team sent images of the subterranean graffiti to Durham County Record Office to see if they could find out more about the men who left the messages behind: Private Robert Slater, from Ryhope; Lance Corporal Reginald Walker, from Consett, and Private J Brown.

Archivist Gabriel Damaszk said: “We were given three images of graffiti on tunnel walls and, as the Record Office holds the archives of the DLI Collection, we set out to discover what we could about these men, and their families, which would possibly lead to finding living relatives. 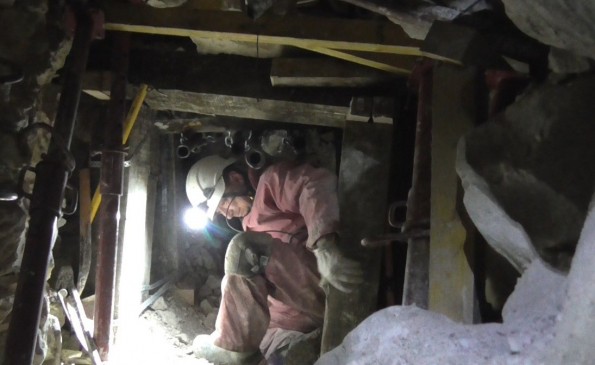 EXCAVATIONS: Paul Allison tunnellling through one of the shafts beneath the battlefield

“Using census and parish records we were able to find out more about who the soldiers were before they enlisted.

“And our volunteers were able to establish some facts about their military service and found interesting intelligence reports from actions on the front line. 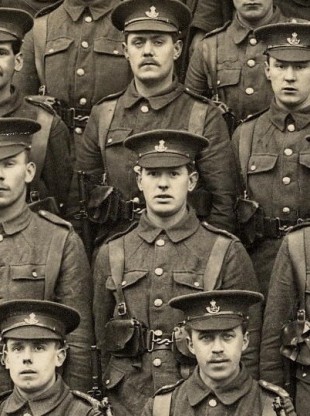 “All three were discharged due to becoming medically unfit for further service and that alone tells us something of the appalling conditions the soldiers had to serve in.

“However making sure that we were following the right people was very tricky in the post-war period, and the fact that the soldiers’ names were very common only made our task harder.

“By sharing the results of our research we hope that there are members of the public who know more and will come forward to help us complete these soldiers’ stories.”

Anyone with information about the soldiers or their families is asked to get in touch with Durham County Record Office by calling 03000 267 619 or email record.office@durham.gov.uk.