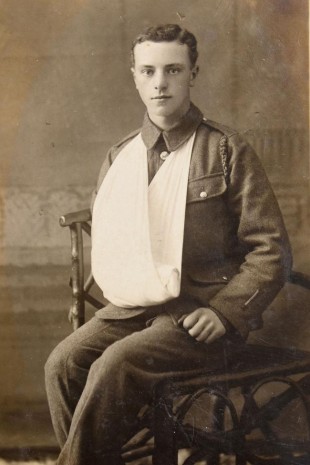 Tommy Crawford after he was injured with a bayonet

A SOLDIER’S prayer book, which saved his life when he was bayoneted in the chest, has been donated to a North-East military collection.

First World War Durham Light Infantryman Tommy Crawford was just a teenager when he charged into a German trench, only to see his rifle jam.

But it seems someone was smiling down on the young squaddie when an advancing German’s bayonet struck a silver cigarette case and the spiritual tome he carried in his top pocket.

When Corporal Crawford was later wounded on the Somme, the book was lost to the mud of the battlefield.

But someone found it and returned it home to the Consett man’s sweetheart Amy Boast.

Now, 36 years after Corporal Crawford’s death, his son Brian has travelled all the way from Thailand to donate the prayer book, which still bears the bayonet hole, handwritten accounts of the war, the young soldier’s poems, medals and a ‘King’s shilling’ given to him on joining the army, so they are available for school children, students and researchers. 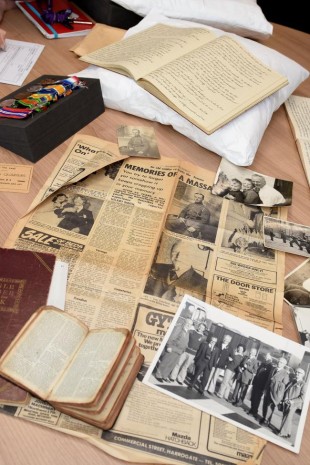 “He was just 18 years old when he joined the army and during his time in service he fought in battles at Loos and the Somme.

“He was very lucky to survive the war as he charged into a German trench, his rifle jammed and a young German bayoneted him in the chest.

“Fortunately, the bayonet entered his silver cigarette box and then went half way through a prayer book that he carried in the same pocket. My father’s friend shot the German dead.

“Incredibly, when my father fell injured on the Somme on July 1 1916, he lost his prayer book but somehow it was found and returned to his sweetheart Amy, who he later married.

“It’s amazing to think there are over 70,000 names of the missing on Thiepval memorial, but this little prayer book found its way home.”

Discharged from the army on medical grounds, Corporal Crawford returned to the North-East, but was widowed at a young age when his wife died of cancer. 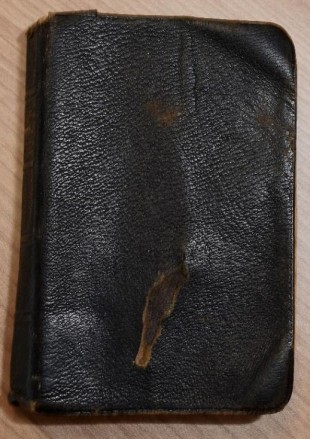 He then lost his two sons, Tommy and Jack, in their early 30’s to cancer and polio, within six months of each other.

He got remarried, to Vera, and had two more sons, Brian and Colin, though Colin died six months before his father, aged just 25.

Since his death at the age of 84, Corporal Crawford’s memoirs, which were written while working night shifts as an engineer at a Scottish power station, have been published to raise money for the Commonwealth Graves Commission.

But Brian wants to make sure that his father’s effects and experiences are available to the widest possible audience, and has presented them to the DLI Collection, which is stored and accessible to the public at Durham County Council’s Sevenhills in Spennymoor.

He said: “We have a duty towards these men and to honour those who served, to remember those who died, and to ensure that the lessons learnt live with us forever.”

The donated documents will be digitised and transcribed early next year.

They will also be available to view at Sevenhills, with pre-bookable viewings and an ‘on demand’ service every Tuesday and Thursday, from 10am to 3pm, from October 11. 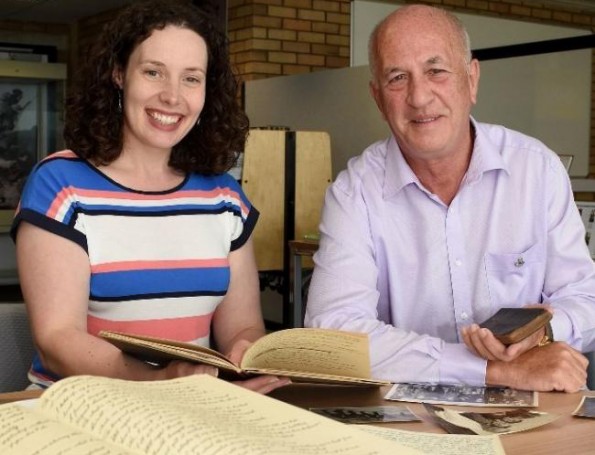