A poppy for each County Durham soldier who fell in WWI 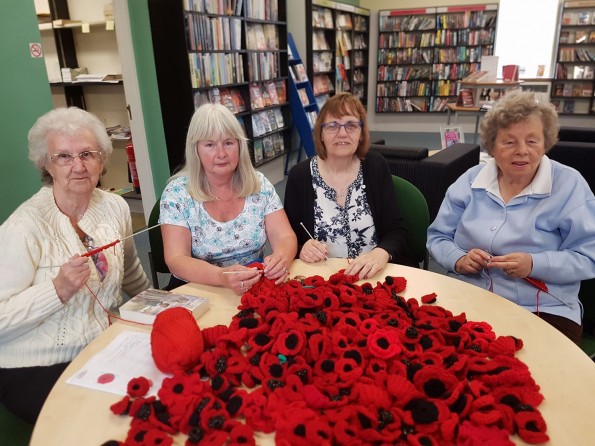 THE boys and men who left County Durham to serve in the First World War, never to return, will each be represented on a community’s remembrance poppy display.

Army veteran and genealogist Andy Denholm originally hoped to gather 6,353 handmade poppies for a commemorative installation when he launched the project in West Cornforth and neighbouring Ferryhill.

After contacting the Commonwealth War Graves Commission he revised the number to 7,117, based on information they hold, and was thrilled to pass that target this month. 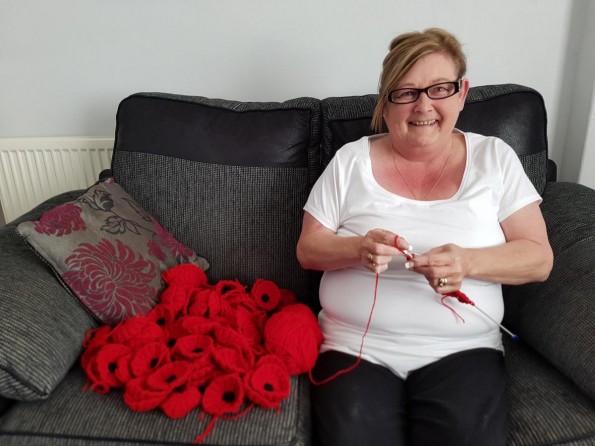 He said: “I’m overwhelmed by the support this idea has received, so many people have helped because they want to feel part of something special or for their own personal reasons.

“They are fantastic and I feel very positive about how it will end up.

“It is great to know we have a poppy for each man and boy from the county killed in that war, though we don’t forget more died afterwards from the effects of ill health, injury, gassing.”

With knitters and crafters from Holy Trinity Church, Cornforth, St Luke’s Church, Ferryhill, and groups in the area creating and donating bags full of poppies there are currently 8,202 ready to be tied onto a net.

Talks are underway to decide where in Cornforth the net, which will symbolise a field of poppies, will be displayed throughout the Remembrance period. 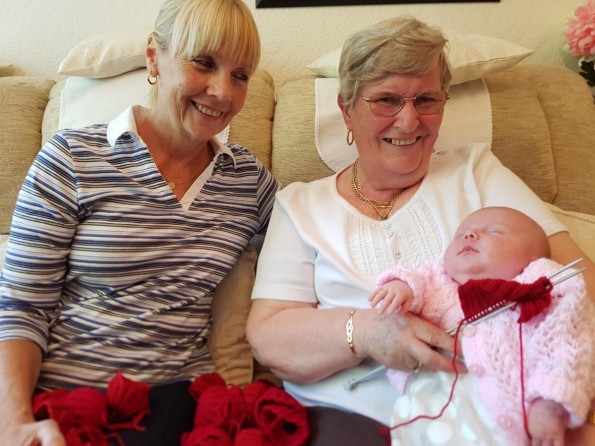 Mr Denholm has urged people to keep making the poppies and said he would love to reach 19,240- the number of British soldiers killed on July 1, 1916 during the first day of the Battle of the Somme.

He said: “I felt it would be a fitting tribute as we mark the centenary of the First World War and, seeing how well it has gone so far, why not try for 19,240.

“As I’ve been collecting poppies from groups or individuals they have spoken of their own stories, often knitting in memory of someone.

“It is very personal to some people, thinking of a granddad or great granddad so I’ve tried to do a little bit of research and that means something to them and is very touching.”

Mr Denholm was inspired by an event by the two churches and local crafters in March when 2,000 knitted woollen angels were used to decorate the streets.

He had also seen a similar poppies installation at a church in Warminster and felt it an appropriate way to mark the centenary of the First World War.

Mr Denholm said the donated poppies vary in shades or red and size, symbolising the individual soldiers they represent, and some people have knitted purple ones in honour of fallen animals including horses killed on the battlefield.

A war memorial in nearby Tursdale, which honours the 41 soldiers from the former pit community who died in the 1914-18 conflict, will be refurbished later this year.

Artist Ray Lonsdale, creator of the sculpture 1101 at Seaham, which is nicknamed Tommy, has been commissioned to reinstate a soldier for the plinth as the original one went missing decades ago.