Readers turn researchers to fill in the gaps 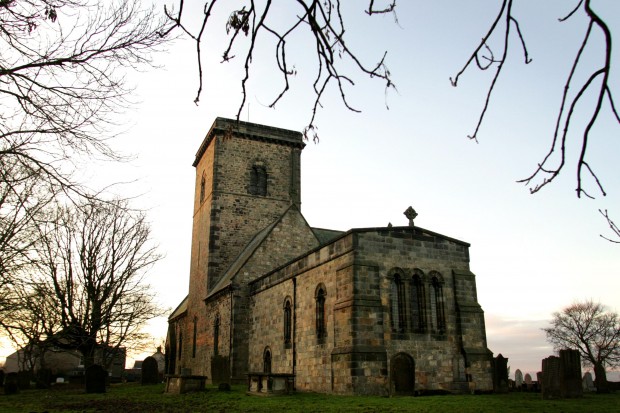 THERE is one First World War grave in St John’s churchyard in Kirk Merrington. The pale grey Portland stone headstone says it belongs to Rifleman E Roberts, of the Royal Irish Rifles, who died on November 18, 1915, aged 32.

Memories 149 wondered aloud about his story; Geoff Carr, who grew up in Merrington and now lives in Aycliffe, did some research.

In the 1911 census, he found an Edward Roberts, aged 26 and born in Wrexham, boarding with shopkeeper Mary Frances Richardson, 38, in the village.

Mary was a blacksmith’s widow, and living with her were her daughters aged six and 11, her 70-year-old mother, her 40-year-old stepsister and her eight-year-old nephew, plus Edward, the boarder from Wales.

The census said that Edward was a gas regulator at some coke ovens, possibly in Spennymoor.

In the records of the Royal Irish Rifles, Geoff discovered that Edward – “born Wrexham, living Ferryhill” – was in the 1st Battalion.

The Commonwealth War Graves Commission website gives Edward’s date of death as November 18, 1915. It notes that he was the “husband of Mary Frances Roberts, of 5, Chapel Street, Kirk Merrington, Ferryhill”.

That is the end of the facts.

We guess that Edward moved to the North-East from Wales in search of work. We guess that he also found love and, despite the 12-year age gap, married the widow with whom he boarded.

We guess that he took part in his battalion’s bloody encounters and was injured so badly that, after hospitalisation, he was sent home to Mary in Merrington to either recuperate or die.

We guess that in a little raised, terraced house beside the Methodist chapel, he died – “home”, as the record says.

Has anyone any further details about Rifleman Roberts?

THE Memories 151 article about the “street of sacrifice” told of the 13 men who went to fight from Cumberland Street in the north end of Darlington and never came home – no other street in the town lost more.

Local historian John Grainger recognised the name of the chap from 90 Cumberland Street: Private James Tailford, who died on the Somme on May 23, 1915, aged 21.

You may remember that James was the naughty lad of the street.

Durham Light Infantry records show that before he went out to the front in April 1915, he was confined to barracks seven times for disciplinary offences that usually involved toomuch consumption of alcohol.

Therefore, it is a little ironic that James’ job just before he enlisted was as a police officer in Gateshead.

John’s research shows that James was born in Haughtonle-Skerne in 1892.

When he joined the Territorial Army in April 1912, he was living with his parents, William and Elizabeth, in Cumberland Street.

At one point, he was apprenticed to a plumber in Tubwell Row, and then he worked as a “manufacturer’s overman” in Redvers Terrace, but finding himself unemployed inMarch 1914, he joined Gateshead police.

Five months later, he resigned from the police and joined the DLI. He spent eight months training, although he appears not to have been a model soldier.

Who can blame him? Perhaps he was trying to fortify himself for the horrors ahead.

He landed with the 5th Battalion of the DLI at Boulogne on April 17, 1915, and was killed by a sniper at SanctuaryWood, near Ypres, on May 23, 1915 – a painfully short fighting career.

He was buried on the day he died, but its location became lost, so his name is on the Menin Gate, which is an enormous memorial at Ypres that commemorates themissing of the Somme.

John is searching for information about Bombardier T Wilkinson, of the Royal Garrison Artillery, whose name appears on the Durham County Police war memorial.

Please email him – monreith@aol.com – if you can help.