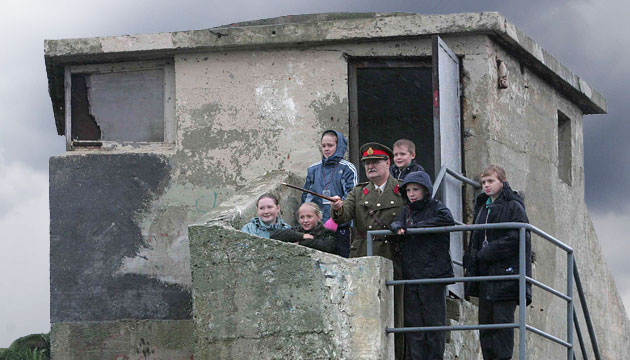 ONE hundred years after the start of the First World War, a 400,000 project will remind residents of the Tees Valley of the sacrifice made by their forebears.

The programme, funded with money from the Arts Council, runs until March next year throughout Darlington, Middlesbrough, Stockton, Redcar and Hartlepool – home to the Heugh Gun Battery Museum – the only First World War battlefield in the UK.

As part of a long list of events, a replica of a First World War trench is being constructed and there will be a re-enactment of a march by the Suffragette movement.

The model of a trench which will tour the Tees Valley and help illustrate stories about local soldiers.

An outdoor light and fireworks show will be staged in each borough during the autumn, climaxing on December 16 in Hartlepool, the 100th anniversary of the bombardment.

People will also be encouraged to share family stories relating to the social and military aspects of the war.

Activities in local museums will highlight artefacts from the time and an exhibition about the bombardment will be staged at the Museum of Hartlepool from September 2014 until 2015.

A website will also be created for residents to post photographs, memorabilia and stories of their families’ involvement in the war. Tales can also be shared through social networking sites such as Facebook and Twitter.

Mayor of Hartlepool, Stephen Akers-Belcher, said: “Although there is no-one left alive who fought in the war there are people who will remember the conflict and how it affected their lives – particularly in Hartlepool where 182 people were killed and over 200 injured when the town was shelled by German gunboats.

“The years that followed brought great change and shaped the lives of thousands of people living in the area. On this 100th anniversary, we want to engage with today’s community to truly understand the legacy of the Great War in the Tees Valley.”

Time Bandits outreach team: Darlington on Saturday, February 22, at the Bridge Centre for the Arts, between 10am and noon; Crown Street Library between 1pm and 4pm and the central hall in the Dolphin Centre between 4.45 and 6.45pm.

Stockton on March 3 at the Thornaby Central Library, between 9.30am and 4pm. During the morning there will be school parties involved but there are also activities for the public.

Hartlepool on March 8 at the Marina Way Asda store, between 9am and noon; Middleton Grange Shopping Centre between 1.30pm and 4.30pm and the Grayfields Sports Pavilion between 6pm and 8pm.

In Redcar and Cleveland the exact timings and venues have yet to be determined, but there will be sessions delivered in Redcar and in Guisborough.

On February 27 at the Vue Cinema in Hartlepool, at 6.30pm, there will be a special screening of the multi-award winning film, War Horse, about a young soldier’s experiences on the battlefields.

During International Women’s Day on March 8 there will be a suffragette themed arts, craft and performance workshop for 13 to 19-year-olds at the Grand Hotel in Hartlepool. Afterwards, at noon, there will be a re-enactment of a suffragette march from the hotel to Victory Square. Here the young people will perform to conclude an event designed to examine the role of women during the war.

A free Love Book Love Film event at the Town Hall Theatre, Hartlepool at 6.30pm will see the screening of a World War One film aimed at 13 to 19-year-olds. Admission is free but bookings must be made.

June 16 will see the first Seeds of Change performance at the Town Hall Theatre in Hartlepool. Open to those aged between 12 and 19, the production has been developed by young people involved in the young roots heritage lottery funded Seeds of Change project. The time of this evening performance has yet to be confirmed.

Touring exhibition – the timetable so far confirmed is as follows: