Touching, handwritten messages and drawings from First World War soldiers, many of whom were killed, have been discovered in Hartlepool. Chris Webber reports. 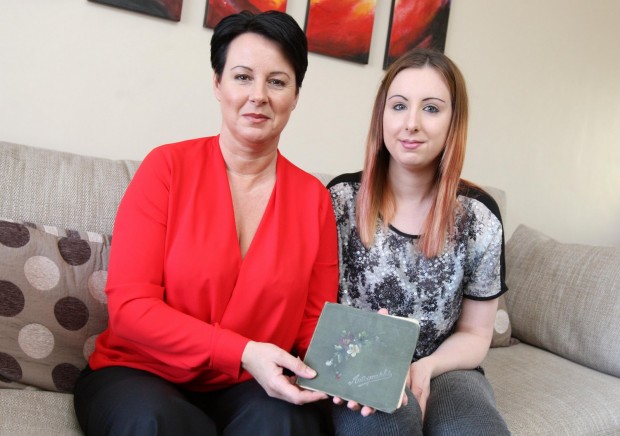 Joanne Grylls, left, and Jade Dawson have discovered a Forget Me Not book written by soldiers in WWI

DEEP in the pages of a fragile, 100-year-old book compiled by Private William Tucker, are two pressed poppies.

Poppies later became classic symbols of the industrialised slaughter after the British Legion adopted the image in 1921 but Pte Tucker, an ordinary County Durham soldier, may have simply been attracted to their vivid beauty amidst the grey mud. 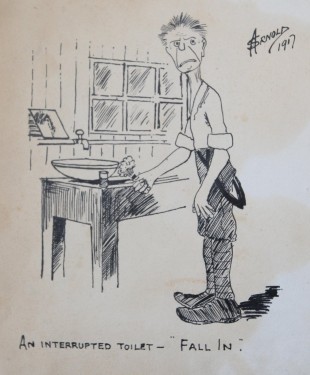 Or, it is possible, the young soldier, of Annfield Plain, near Stanley, may have known the famous 1915 poem by John McCrae, In Flanders Fields, which contains the line: “In Flanders fields the poppies blow, between the crosses, row on row.”

What is certain is Pte Tucker, who had served in Flanders himself, lost his life aged 34 while serving in the 10th West Yorkshire Regiment, on October 12, 1918, just one month before the war ended.

His message from beyond the grave is just one of the many revealed within the pages of the autograph book he compiled in the Great War which have now come to light thanks to Joanne Grylls and her daughter Jade Dawson, of Hartlepool.

Mrs Grylls, 44, explained that her husband, offshore worker Barry, 56, is a keen collector of historical documents. Many years ago a colleague handed him the book and he it kept in a drawer in the family home.

“With all the stuff about the First World War at the minute it came to mind,” said Mrs Grylls.

“I called Barry and we found it again. Jade and I have been fascinated ever since. We would dearly love to find some of the families of these soldiers, so they could see the drawings and poems they did all those years ago.” 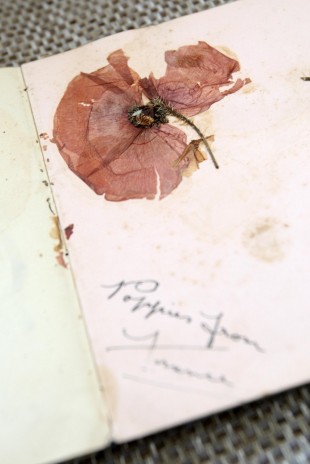 POIGNANT REMINDER: The poppies, taken from the battlefield in Flanders

Mrs Grylls explained that it appeared that the book had been passed to men of different regiments who often drew or wrote in its pages.

Her daughter, Jade Dawson, 23, has done her best to research them and said she often feels emotional when she discovers the young soldiers were killed.

The first entry dates from October 1, 1917 and is addressed “as a mark of esteem to your many virtues” to Will Tucker’s sister, Thirza, of New Kyo, Annfield Plain, and it seems he gave it to her as a present.

However most of the entries are from serving soldiers who Pte Tucker must have known, most from the North-East but some from as far as Romford in southern England and Aberdeen in the north.

One of the hundreds of entries is a drawing of a very young-looking Seaforth Highlander with the message: “Killed in Action, September 25, 1915, A tribute to my great friend.”

At the back of the book are two tartan swatches, pinned in by Winifred Dickinson of Aberdeen, the same woman who paid tribute to the Seaforth Highlander, Gordon Phillips.

Another entry made in October 1917, from JH Adams, of Alnwick but serving in the 15th West Yorkshire Regiment, includes a handwritten copy of the now-famous Siegfried Sassoon poem Stretcher case, which suggests the great war poet’s work was having an impact with ordinary trench soldiers.

The poem includes the lines: “He woke, the clank and racket of the train – but was he back in Blightly? Slow he turned till he heart, thanksgiving leapt and burned. There shone…the prosperous land.”

Sadly it is not known if the man who assiduously copied those lines in 1917, JH Adams from Alnwick and the 15th West Yorkshires, ever really did make it home to Blighty.

*Anyone with information about Pte William Tucker or his family, or anyone else mentioned, is asked to called Chris Webber on 01325-505079.