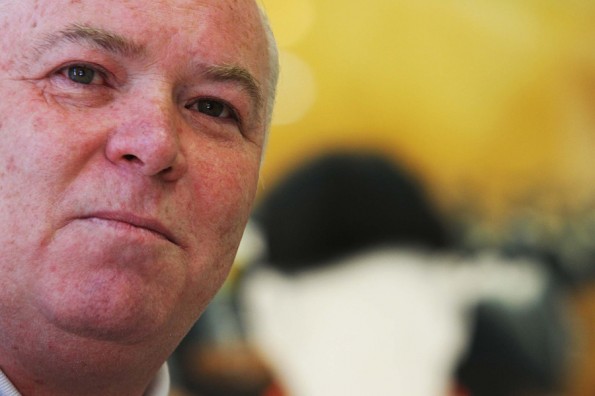 WORLD-FAMOUS artist Mackenzie Thorpe told today of his thrill at being asked to produce a commemorative First World War centenary front cover for The Northern Echo.

The Middlesbrough-born artist told radio presenter Bob Fischer on BBC Tees it was “music to his ears” to be asked to get involved.

The painting is to be used as the front cover of a special Remembrance Sunday edition, on November 9.

The special edition is part of the paper’s “£100,000 for 100 years” campaign, launched earlier this year, in support of the Phoenix House rehabilitation centre, established by Help For Heroes, at Catterick Garrison.

The newspaper will feature photographs and names of North-East soldiers who died in the Great War, and a collection of historic front pages from The Northern Echo archives. It will be sold for £1 (100 pence for 100 years) and 10p for every copy will go to the Phoenix House appeal.

In addition, Mackenzie’s original painting will be auctioned, with all the proceeds going to the appeal.

The collaboration means copies of the Remembrance Sunday newspaper will be a limited edition work of art.

If you live outside of The Northern Echo circulation area and would like to order a copy, please email sundaynorthernecho@nne.co.uk