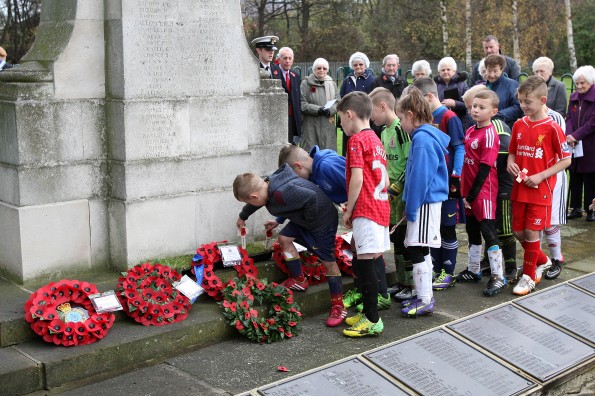 YOUNG and old turned out to pay tribute to the fallen at a Remembrance Service in Smith’s Dock Park, on Teesside yesterday.

The war memorial pays tribute to workers from the former shipyard who lost their lives during the First and Second World Wars.

Among the people laying wreaths and crosses at the Normanby cenotaph were Redcar MP Ian Swales, Sea Cadets, standard bearers from the Royal British Legion and young footballers from South Park Rangers.

Not everyone on the cenotaph is believed to be from the Middlesbrough area, as the shipyard had strong connections with Newcastle, but the community always honours the fallen. 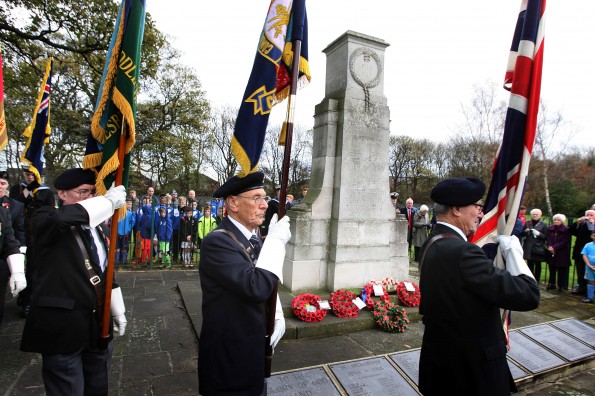 As well as those remembered on the memorial, last year 18 Smith’s Dock workers and 43 French ship crew who died during the Second World War were commemorated at a special ceremony at sea.

In 1940, Flower Class corvette La Bastiaise was built for the French Navy at Smith’s Dock, in South Bank.

During the Second World War, more than 200 corvettes were built, including 19 at South Bank. 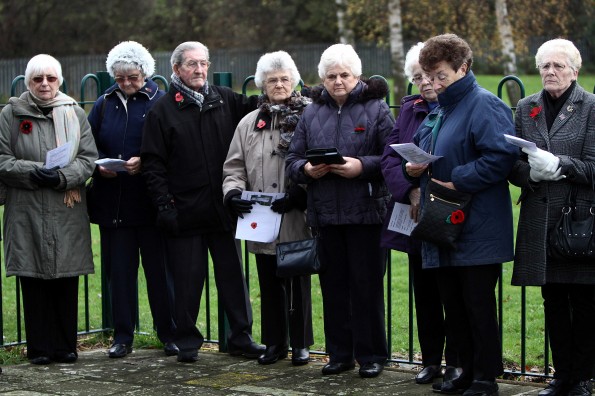 But tragically, while on sea trials off Hartlepool on June 22, 1940, La Bastiaise struck a German mine and sank, killing 61 people.

As many were civilians they were not entitled to be remembered on the war memorial in Smith’s Dock Park, but the Friends of Smith’s Dock Park War Memorial have been raising funds to place a monument near the site.