Knitted poppy tribute to fallen is on track 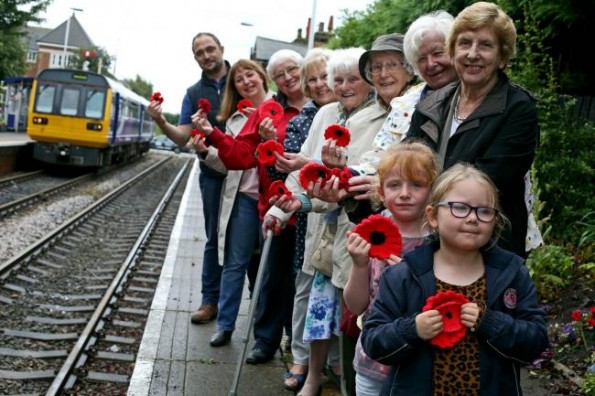 A team of knitters have begun making thousands of poppies to be ready for Armistice Day. They are pictured at Nunthorpe Railway Station in Middlesbrough, fronted by Sophie Marshall (6) and Iris McGlynn (5). Picture: CHRIS BOOTH

A UNIQUE display of knitted poppies is being created to mark a special tribute to a community’s fallen in conflicts from around the world.

A carpet of hand-knitted poppies will be installed in front of the war memorial and train station at Nunthorpe, near Middlesbrough, ahead of Remembrance Sunday later this year.

The work – which will feature around 1,500 poppies when complete – is in honour of all of the service men and women who have fought across all wars, conflicts and peacekeeping operations over the last 100 years, who lived in the area.

The creation will echo the display which greeted visitors to the Royal Horticultural Society Chelsea Flower Show and the Royal Chelsea Hospital earlier this year.

Community groups from across Middlesbrough are currently hard at work on the project, meeting weekly at various locations and with more than 200 poppies already knitted. 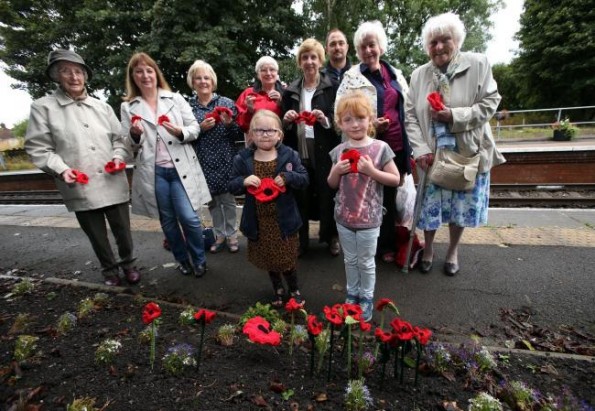 A team of knitters have begun making thousands of poppies to be ready for Armistice Day. They are pictured at Nunthorpe Railway Station in Middlesbrough, fronted by Sophie Marshall (6) and Iris McGlynn (5). Picture: CHRIS BOOTH

Project co-ordinator and former Nunthorpe councillor Brenda Thompson said: “Nunthorpe is already known for its knitted attractions, and the Remembrance display will be especially striking.

“A great deal of work is going into creating something really special, and visitors will be guaranteed a truly moving tribute to those who have given so much over so many years.

“Knitting is also great hobby with wide-ranging therapeutic benefits, and those taking part in the initiative include knitters who suffer with dementia, social exclusion and loneliness.

“A project like this helps to break down barriers and also provides respite for family members and individuals who require full time care.”

The display – which is the first of its kind in the region – will be formally unveiled to coincide with the laying of the first poppy in Middlesbrough on Thursday, November 10.

The poppies will be displayed and a formal service and blessing will be held at each location by one of our local ministers.

On the group’s Facebook page the last project was shared and viewed by more than 85,000 people across the UK and abroad and it is anticipated the poppy display will prove equally popular.

When the displays are removed at the end of November the poppies will be available to purchase, at a nominal cost, to members of the public with all proceeds going to the Royal British Legion.