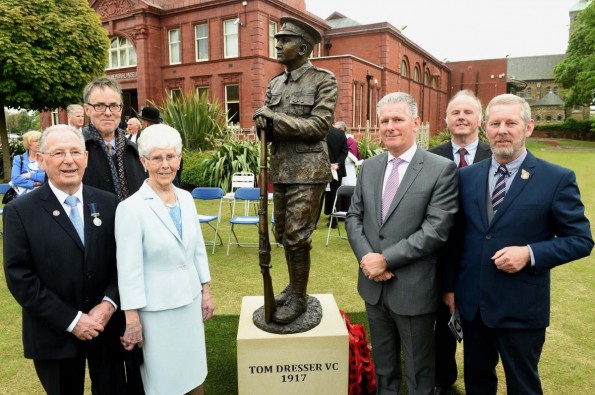 A TRUE war hero has been honoured 100 years to the day since he showed unflinching courage in the face of the enemy on the battlefield.

Tom Dresser was awarded the Victoria Cross during the First World War in 1917 after he bravely crossed no-man’s land – not once but twice – to pass on vital information as British troops were coming under a sustained attack on a battlefield in Northern France. 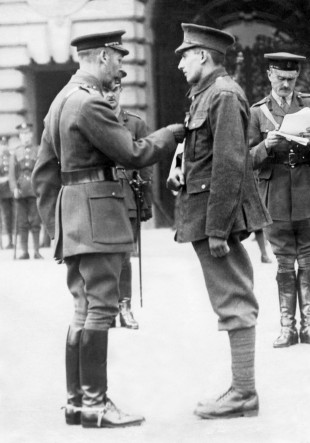 Private Tom Dresser being given his VC medal by King George V at Buckingham Palace, July 21, 1917

At an emotional ceremony attended by hundreds in the gardens of the Dorman Museum in Middlesbrough, his grandson Brian Dresser gave a moving speech highlighting Mr Dresser’s courage as a statue to him was unveiled.

Armed Forces standard bearers, representatives from Mr Dresser’s regiment the Green Howards and his family watched as the statue and a commemorative stone was laid in his honour.

He said: “He never sought recognition for his bravery, but I think he would have been proud to have been honoured in this way. I’m grateful to everyone whose contributions and hard work have made it possible to pay tribute to a true hero in this way.”

He spoke about how his grandfather joined up to serve his country alongside his brother, Joe, who lost his life in October 1916 and whose body was never discovered.

In May, 1917 Tom Dresser was serving as a private in the 7th Battalion The Green Howards in the Battle of Arras in northern France, when the call went up for a volunteer for a hazardous mission.

The Green Howards had won a strategically important trench but were pinned down by heavy gunfire and running short of ammunition – and a man was needed for the seemingly impossible task to get word back to Battalion Headquarters.

Private Dresser, 24, stepped up and after reaching HQ set off back to the frontline with two other soldiers carrying orders and sacks of bombs.

Despite being shot twice he made it back across no-man’s land, crawling the last 50 yards.

He was subsequently evacuated to Wrexham Hospital for treatment and on July 21, with his arm still in a sling, he was awarded the Victoria Cross by King George V at Buckingham Palace for ‘conspicuous bravery and devotion to duty’.

Mr Dresser said: “He returned to Middlesbrough as a hero where he remained a modest, unassuming character occasionally showing his VC from a drawer in his newsagents shop to keen admirers of his deeds but always dismissing them as something anyone would have done.”

The statue was sculpted by Brian Alabaster whose depiction of another Teesside VC hero – World War Two Green Howard Stan Hollis – stands nearby. 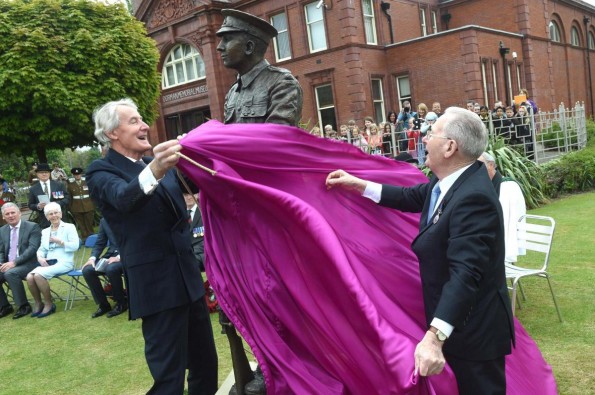 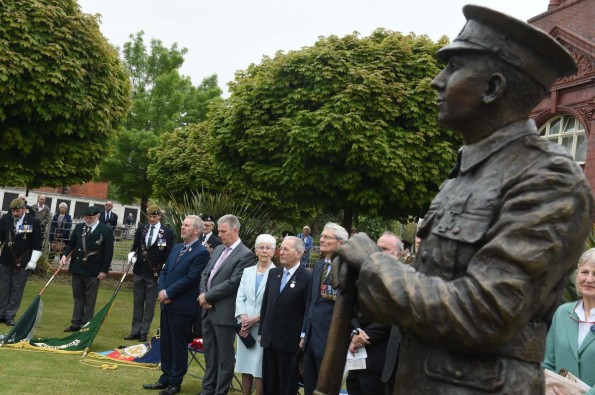 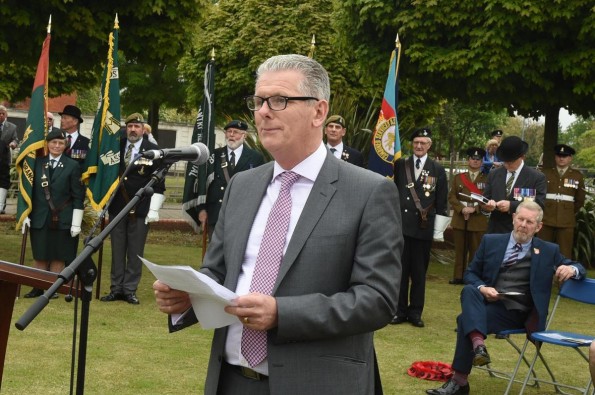 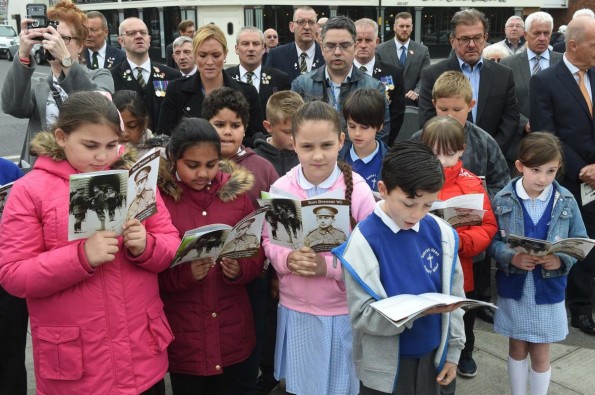 Children among the crowd at the ceremony 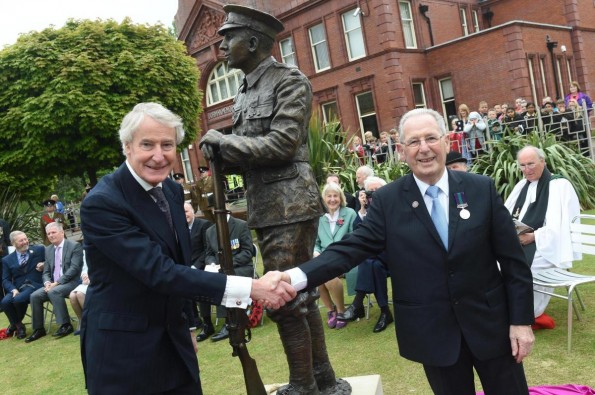 Middlesbrough Deputy Mayor Cllr Charlie Rooney said: “It is particularly fitting that this fine statue of Tom Dresser should be unveiled exactly 100 years after he won the highest military honour.

“It is a moving tribute to a man whose selfless and modest heroism helped to save lives and remains an example to this day.

Private Dresser, who moved to Middlesbrough as a child from York, returned to Dorman Long after the war before taking over the family’s newsagent business, running the shop on Marton Road for 40 years, with his precious medal in a tobacco tin behind the counter.