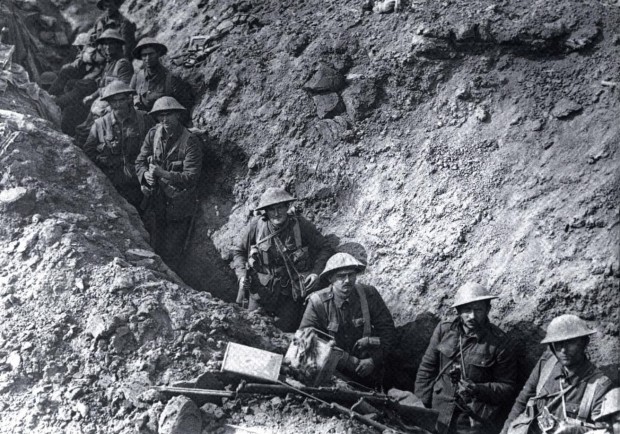 Soldiers in the trenches, believed to be at Ypres

A FALLEN soldier from the North-East is among ten to be positively identified almost 100 years after were killed during the early months of the First World War.

An appeal has also been issued to trace the descendants of two other soldiers from the region yet to be identified.

Newcastle-born Private William Alfred Singyard, whose family now lives in Lincolnshire, was one of the ten whose remains were discovered on a construction site at Beaucamps-Ligny in Northern France.

They were identified through DNA samples supplied by surviving relatives.

The men were members of the 2nd Battalion The York and Lancaster Regiment and were killed in battle on October 18, 1914.

The Ministry of Defence (MoD) hopes to identify five other sets of remains and believes two of those may be Lance Sergeant George Edwardes (9854) who was born in Middlesbrough, and Thornaby-born Private David Wilson Williams (8458).

Defence Minister Lord Astor of Hever said: “Our thoughts remain with all those who have made the ultimate sacrifice in the service of our country.

“Although these soldiers fell almost a century ago, the Ministry of Defence still takes its responsibility extremely seriously to identify any remains found, trace and inform surviving relatives and to provide a fitting and dignified funeral so they rest in peace.”

The soldiers will be re-buried with full military honours at a Commonwealth War Graves Commission cemetery in October. It will be organised by the 4th Battalion The Yorkshire Regiment, which traces its history back to The York and Lancaster Regiment.

“We can still identify some of the remaining five sets of remains and would appeal to those who think they may be family members to get in touch with us.”

Anyone who thinks they may be related to the two soldiers from Teesside should call the Joint Casualty and Compassionate Centre team on (01452) 712612, extension 6303.