War nurse’s drawings, poetry and details of soldiers she tended to are highlight of auction 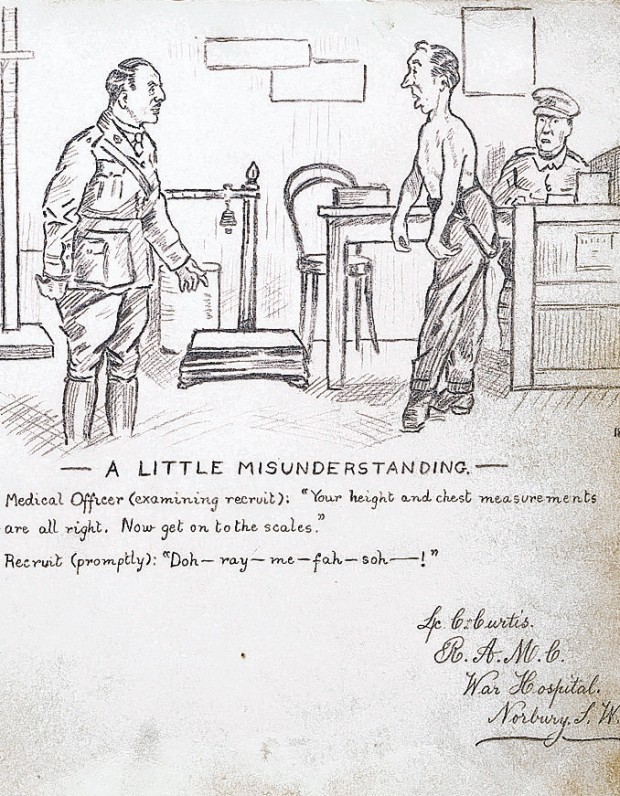 ‘VERY WELL DONE’: A page from the book

DRAWINGS, poetry and details of more than 120 injured servicemen collected by a nurse tending to them during the First World War will be the highlight of a North-East auctioneer’s next sale.

The fascinating snapshot has been captured in a “commonplace book” to go under the hammer at Anderson & Garland Fine Art and Antiques, in Newcastle, during its sale from March 25 to 27.

The book belonged to nurse, and later sister, FL Maguire, who worked in hospitals in Norbury, Croydon and Rouen, in France.

Kept between 1916 and 1919, the gem of a book records snippets from patients who served in 60 different Allied regiments and were injured in battles including the Somme, Lewes, Ypres and Gallipoli.

In addition to the soldiers’ names, the book records their ranks and serial numbers, so their stories can now be traced by archivists or family members researching their ancestors.

“These books aren’t unique – perhaps one in 100 people may have kept one. But in eight years dealing with militaria, I have never come across one quite as lovely.

”The drawings are amateur but they are very well done.

“The names will be helpful to archivists. They are so diverse and include Canadians, Australians and Britons.”

The fact the book was kept by a nurse makes it even more unusual.

Although lots of information has survived to give historians a picture of life in the trenches, a First World War nurse had less time to keep this type of record.

Anderson & Garland is aiming to sell interesting pieces of First World War memorabilia and militaria at each of four fine art and antiques sales this year – this month and in June, September and December, to mark the centenary of the outbreak of war.

Nurse Maguire’s book, which will be of interest to archivists and genealogists as well as First World War historians and collectors, is going under the hammer with an estimate of £200 to £400.

Mr Wyrley-Birch said: “Interest is value. If you collect, it means you want to know about the story of the person.

“It’s all about the stories behind the people, and this is a fantastic and different collection.”

For more information, go to andersonandgarland.com