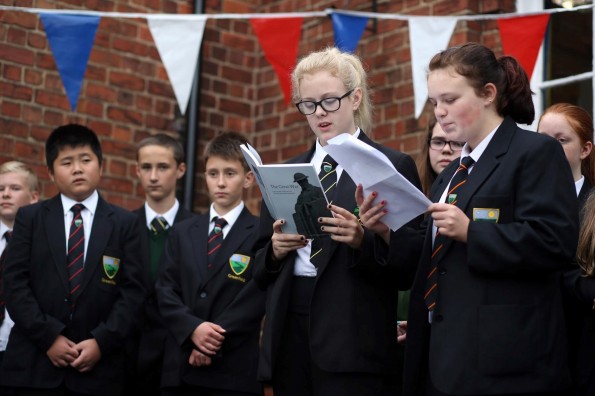 POEMS by school children conveying the reality of life in the trenches have been included in a book about the impact of the First World War on their community.

Youngsters from Aycliffe Village Primary School and Greenfield Community College in Newton Aycliffe, County Durham, have written a series of poems and letters to commemorate the centenary of the outbreak of the 1914-1918 conflict.

Their creations form part of a project led by Aycliffe Village Local History Society to discover how the Great War affected the area.

A selection of their work has been included in a book, The Great War: Great Aycliffe, Brafferton and Coatham Mundeville Remember, which has been published to preserve the history society’s findings for future generations. 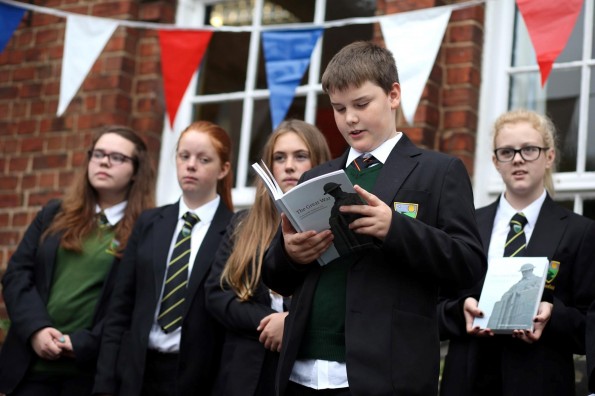 Harry Moses, history society chairman, said: “I was very impressed by the standard of the poetry. It just shows how good the teaching is at our local schools.”

Society member Ken Fox added: “I was very moved by the poetry and the letters. I was surprised by their perception of what life must have been like and their ability to express it so eloquently at such a young age.”

Greenfield pupil Alex Harrison, 13, said: “I feel very proud that my poem is in the book. I have found the project very interesting, especially learning about the things that were important to the soldiers.

“I don’t think any of us will ever fully know what it was like in the trenches because we haven’t experienced anything like it.”

Last year, Aycliffe Village Local History Society received £10,000 from the Heritage Lottery Fund’s First World War: Then and Now programme to research the local people who experienced the Great War, at home and on the battlefield.

An exhibition showcasing the fruits of their research attracted 400 people.

Their findings, which include a large selection of photographs and memorabilia, will now go on display for a week in an empty shop in Newton Aycliffe town centre, from Monday, September 29, between 10am and 4pm.