Revealed – how men tried to escape from military service 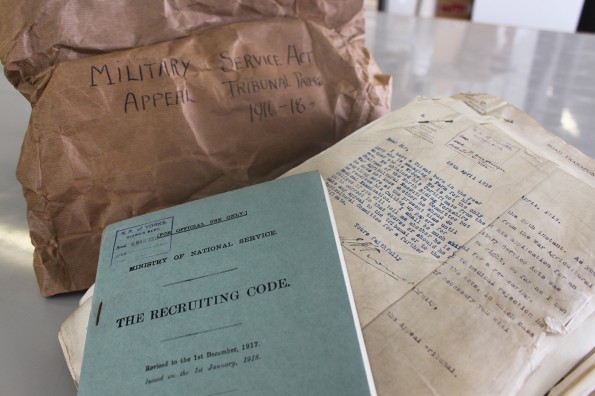 Some of the archive which has been untouched for almost a century.

THE fascinating secret stories of the men who appealed against having to serve in the trenches during the First World War are slowly being revealed.

Compulsory military service – or conscription – came into effect 100 years ago with the Military Service Act of 1916.

But thousands of men appealed against having to go to war on economic, employment, medical or conscientious grounds.

Most of the records created by the appeal tribunals were destroyed after the war but, by an oversight, the records for the North Riding of Yorkshire survived and have remained undisturbed ever since.

Now, with the help of an award of £8,500 from the Heritage Lottery Fund, the North Yorkshire County Record Office in Northallerton is opening up the rare archive. 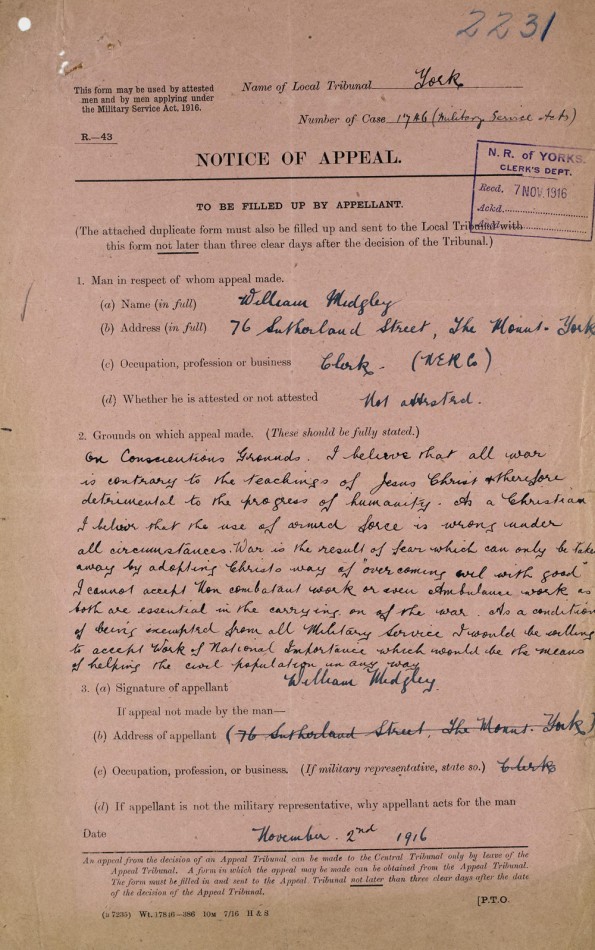 Although the project is just beginning, many compelling stories are already emerging about men’s personal and family circumstances.

They show that one, Richard Fowler, claimed he couldn’t serve as he was the sole carer for his wife, who was suffering from a tumour and in a “highly nervous condition”.

And in another, rather different case, a Mr Turnbull – who was an invalid ship owner from Whitby – complained he would find it impossible to find a substitute should his coachman and chauffeur be conscripted.

Volunteers are now being sought to help explore and open up access to the North Riding military tribunals’ appeals records in a project led by record office assistant Ruth Rising.

The records include the cases and histories of more than 6,000 men and help is needed to list, index, repackage and digitise the documents.

As the project develops the stories will be told in a travelling and online exhibition aimed at giving a greater understanding of the issue of conscription, the work of the tribunals and the social and working conditions of the time.

A detailed online listing of the papers will also allow everyone to discover stories from their family or local area.

The county’s executive member for archives, Cllr Chris Metcalfe, said: “This is an important archive, which will reveal the many issues that led men to appeal against conscription during the First World War.”