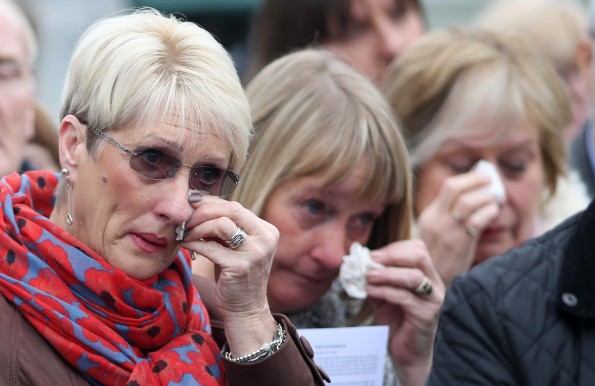 Tears during the service of dedication at Wheatley Hill Cemetery.

THE skies above Wheatley Hill were eerily thick with mist as a trio of buglers from the Durham (The Rifles) Company sounded The Last Post shortly after 11am.

But, as Father Kenneth Crawford, chaplain to the Durham Light Infantry (DLI) Association, reflected, it was misty too at La Houssoie, France, on November 4, 1915 – a day Thomas Kenny, a 33-year-old Private in the 13 Service Battalion DLI, would never forget. 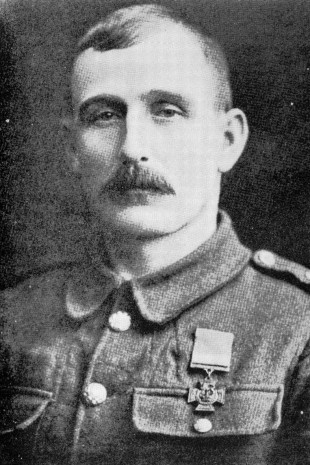 While on patrol with Lieutenant Phillip Brown, Pte Kenny came under fire from Germans lying in a ditch. Lt Brown was hit through both thighs.

Though still being shot at, Pte Kenny crawled through No Man’s Land for more than an hour with Lt Brown on his back – refusing to abandon him, despite the wounded officer telling him to do so.

Finally, he placed Lt Brown in a ditch and brought back help; at which the officer uttered the famous words: “Well, Kenny, you’re a hero.”

Lt Brown died while being carried back to the dressing station but the following March King George VI presented Thomas Kenny the VC, the highest award for gallantry, at Buckingham Palace.

After the war, the Wheatley Hill soldier, by then a Company Sergeant, returned to his wife, seven children and job as a miner. He died on November 29, 1948, aged 66 and was buried at Wheatley Hill Cemetery.

Today (Wednesday, November 4), at that same cemetery, 47 of his descendants were joined by civic and military dignitaries for the unveiling of a commemorative stone honouring his courage.

Patricia Shaw, Pte Kenny’s granddaughter and only surviving relative who can remember him, said: “It’s a wonderful tribute. We’re absolutely thrilled to bits by it. I’d like to thank everyone who’s contributed to it. It’s been a really moving day for us.” 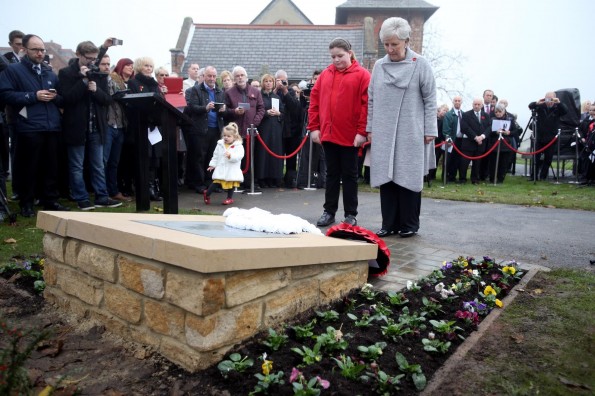 During a short ceremony, the commemorative stone was unveiled by Sue Snowdon, the Lord Lieutenant of County Durham, and Councillor Jan Blakey, chairman of Durham County Council.

Wreaths were laid, a minute’s silence was observed between The Last Post and the Reveille, those gathered sang the hymn Abide with Me and Fr Crawford led prayers and blessings.

Particularly moving was a reading of The Thomas Kenny VC Poem, written by teachers and children of Wingate Catholic School in 1916, by youngsters of today.

“He was a humble and courageous man,” said Mrs Shaw. “We’re all very proud of him.” 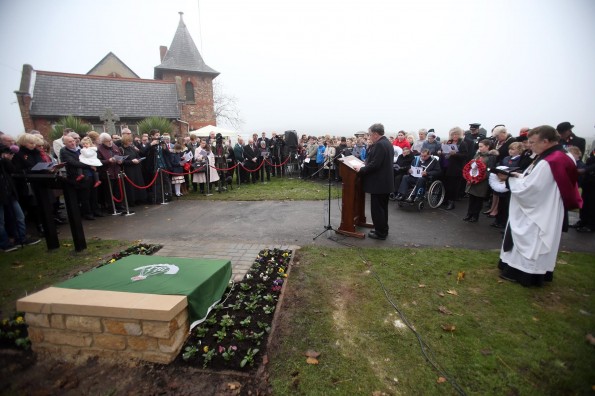 A service of dedication of a commemorative stone for Thomas Kenny VC at Wheatley Hill Cemetery. Picture: CHRIS BOOTH