Fallen brothers given tribute with plaque 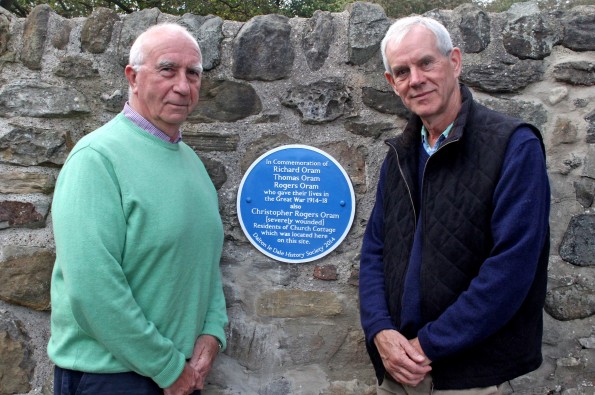 A SMALL agricultural village of only 489 souls in east Durham paid a heavy price during the First World War, with 17 young men making the ultimate sacrifice.

And few families could have suffered more than the Orams, who lost three sons to the conflict. 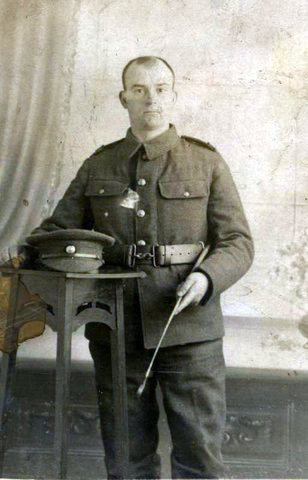 THREE SONS LOST: Richard Oram who died along with two of his brothers, Roger and Thomas

“It was very much like our own Saving Private Ryan,” says Dalton-le-Dale Local History Society chairman Gerald Gustard.

Like the Hollywood blockbuster, the last surviving son did return – but badly wounded.

Mr Gustard said: “It was a dreadful loss. We set about ensuring that all brothers and the other young men in the village who died in the war were remembered as part of a National Lottery project.

“It all started with a plaque in St Andrew’s Church. We were drawn to the names of three brothers Roger, Thomas and Richard.

“We discovered that their father and mother lived in a small cottage, which used to stand next to the church, where the father was a caretaker and bell ringer, and their mother laundered the choir’s clothes.

“We also found there was a fourth brother, Christopher, who had returned with serious injuries.”

The village decided to have a blue plaque made in their memory, as well as a bench commemorating all the dead.

With the help of a £7,300 grant from the National Lottery and after year’s planning, a weekend of events was held on August 2 and 3, with dozens of villagers turning out in period dress for a social occasion including 1914 songs and food.

Mr Gustard said: “We found out that Richard had a living daughter, 99-year-old Betty Preece, who lives in Murton, and invited her to the event.” 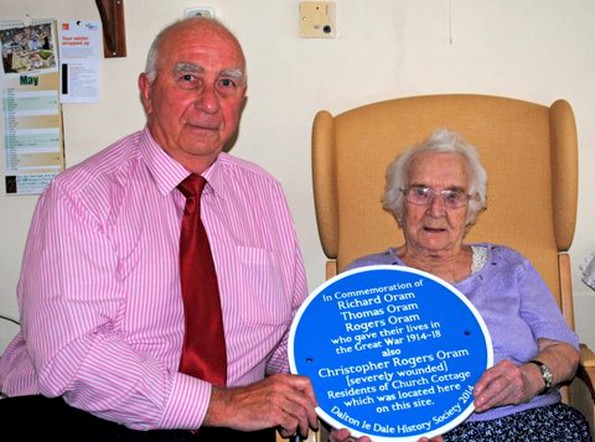 DADDY’S GIRL: Colin Brammer shows 99-year-old Betty Preece, the daughter of Richard Oram, the plaque commemorating the sacrifice of him and his brothers

Local artist Angela Sandwith and Barry West were invited to create works reflecting their interpretations of the conflict.

Ms Sandwith created a poignant display of shirts and aprons hanging on line – in reference to the Siegfried Line – with four shirts bearing the name of the Oram brothers. Mr West designed an abstract work of barbed wire and playing cards, depicting the trenches.

Mr Brammer said: “The event brought the community together as one.

“They were all engaged and played the parts they were asked to.

“It was fantastic – something the village has never experienced before.

“It also educated the young people about what it must have been like to live through the period.”

A video record and slide show was made of the event, which will be placed on a website under construction.