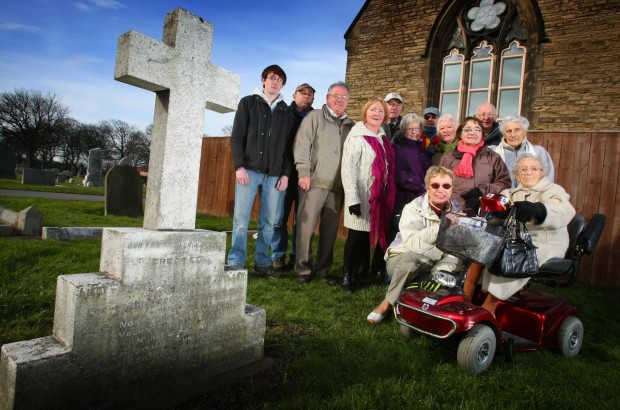 A PROJECT to commemorate a town’s First World War experiences has received a £10,000 cash boost from the Heritage Lottery Fund (HLF).

The Friends of Redcar Cemetery (FORCEM) will use the money to raise awareness of the town’s wartime heritage and develop pride in its history through a community project based on Redcar and Coatham cemeteries.

The project aims to help local people understand the experience of Redcar residents during the First World War including the stories of local soldiers, sailors and airmen based in the town.

People will uncover the stories behind the 16 First World War graves and 36 family graves in Redcar cemetery as well as a further 11 war graves at Christ Church in Coatham.

Dot Ahmed, of FORCEM said: “We invite all members of the community to come along and share their family stories with us, no matter how brief. They will all form part of an emerging picture of life in Redcar during the First World War.

“Thanks to the award from HLF, this project is set to inspire a broad cross section of our community, leaving a lasting legacy in the quiet reflective space of Redcar Cemetery’s old section for the benefit of all.”

Pupils from local schools will be trained in historical research by staff at Teesside Archives and contribute to a series of pop-up banners and a digital gallery showing photographs and stories related to the memorials in the cemetery.

The banners will be available for loan to community groups, libraries, churches and schools. Visitors to the cemetery will be invited to submit digital images of memorials, or simply record the peaceful beauty of the cemetery for possible inclusion in a ‘War Walks’ leaflet.

Local historian, John Watson, will be on hand to highlight the town’s links with early military aviation. His book, Ace’s High at Redcar, funded by HLF, features striking images and stories of early aircraft and the work of servicemen and women based at the Royal Naval Air Service Station established in 1915.

A launch event will take place at Laburnum Road Library on Friday, July 25, followed by in a second event in central Redcar on Friday, August 1.