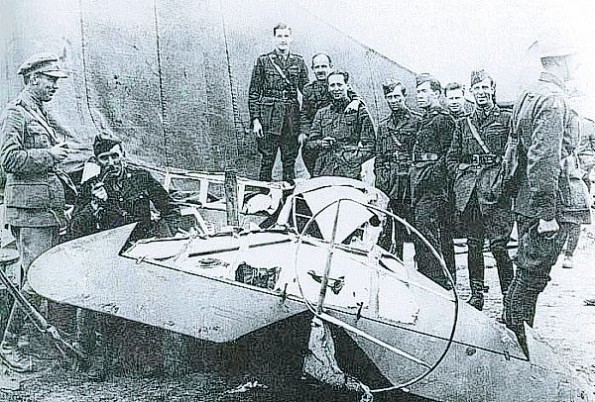 FATAL CRASH: The wreckage of the Red Baron’s plane in which he died

ON August 1, 1918, Captain Arthur Roy Brown, a 24-year-old Canadian pilot, was involved in a dreadful flying accident at Marske airfield, near Redcar.

He was plucked from the mangled wreckage, miraculously – but barely – still alive, and sent to the North Riding Infirmary, in Middlesbrough, to see if he would survive. He had been hospitalised on several occasions during his flying career, but this time he was staring death in the face.

As he was brought in to the infirmary, no one can have realised that this wreckage of a man was the hero who, three months earlier, had ended the reign of terror in the skies by Germany’s most feared ace: the Red Baron. 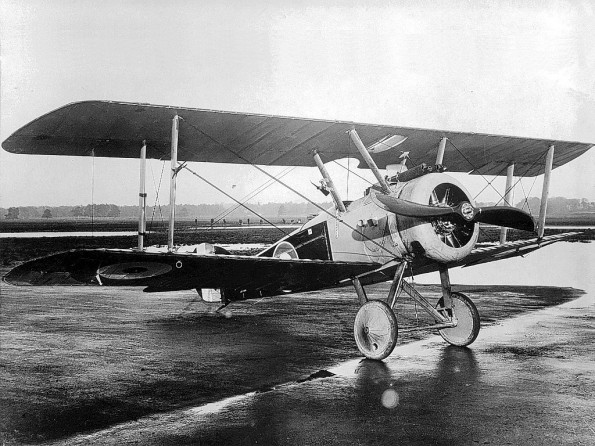 In fact, Capt Brown set no store by his personal “tally” – the number of enemy aircraft he had brought down, and nor did he brag about accounting for Manfred von Richthofen. In fact, in his RAF combat report of the kill, was stark and to the point. He wrote: “Dived on large formation of 15-20 Albatross Scouts, D5s and Fokker triplanes, two of which got on my tail and I came out.

“Went back again and dived on pure red triplane which was firing on Lieut May. I got a long burst into him and he went down vertical and was observed to crash by Lieutenant Mellersh and Lieutenant May.” 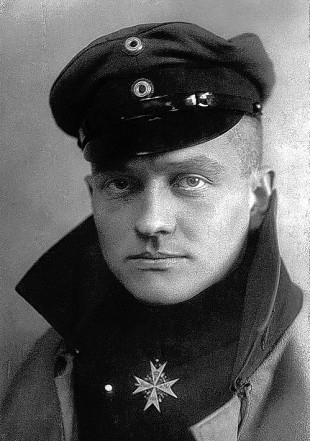 However, almost a century after the death of Richthofen, controversy still surrounds the exact manner of his demise and the identity of the man who pulled the trigger. Entire books have been devoted to the topic, but still the arguments rage.

The number of Allied aeroplanes Richthofen had shot down by the time of his death was at least 80 and his fame as an aerial fighter was already legendary. Because of his skill and the fact that he had so many of his aeroplanes painted vivid red, he became known to the French as the Red Devil. Others knew him as the Red Knight, but, of course, he is best remembered today as the Red Baron.

His downfall came on the morning of April 21, 1918, when he led a formation of about 20 fighter planes towards the British lines on the Somme, in France. It was not long before they were spotted by Capt Brown, who was leading eight RAF Sopwith Camel biplanes of 209 Squadron.

Gesturing to a relatively new and inexperienced pilot, Wilfrid “Wop” May, to stay out of the fight, Brown dived with the remainder of his men into the middle of the German machines.

At first, May followed orders and watched from high above the dogfight.

But when he saw enemy aircraft passing below him, he dived on them. Not only did he fail to score a single hit, but his guns jammed, too.

As he began to fly back to the British side of the lines, he came under attack and his Camel was hit, although not badly.

Glancing over his shoulder as he dived frantically, he saw that his assailant was a vivid red Fokker triplane.

May wrote afterwards: “I kept dodging and spinning, I imagine from about 12,000ft until I ran out of sky and had to hedgehop over the ground. Richthofen was firing at me continually. The only thing that saved my life was my poor flying. I didn’t know what I was doing myself and I do not suppose that Richthofen could figure out what I was going to do.” 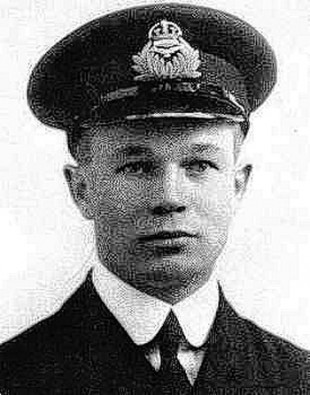 When Brown saw that May was in desperate trouble, he sped away from his own dogfight to help.

Richthofen’s guns were not firing properly and he was flying low as Brown approached from the rear and to the right. The German pulled out of a steep dive and fired a long burst at his new assailant.

All three aircraft were by now over the Allied trenches and the red Fokker ran through a barrage of fire from Australian troops.

Then it faltered, before nose- diving into the earth.

Bombarded by artillery for several hours, the wreckage lay in a field until some Australian soldiers managed to tie a rope around the pilot’s body and pull it out.

Before the triplane could be properly salvaged, it was set upon by souvenir hunters – the pilot’s seat ended up with 209 Squadron as a trophy, although the remains of the wreck are now in the Royal Australian Air Force Museum.

Richthofen’s body was placed in an Australian ambulance and taken to an aircraft hangar in Poulainville, where Capt Brown saw it while his eyes were still open.

He wrote: “The sight of Richthofen as I walked closer gave me a start. He appeared so small to me, so delicate. He looked so friendly. Blond, silk-soft hair, like that of a child, fell from the broad, high forehead. His face, particularly peaceful, had an expression of gentleness and goodness, of refinement.

“Suddenly I felt miserable, desperately unhappy, as if I had committed an injustice.

“With a feeling of shame, a kind of anger against myself moved in my thoughts, that I had forced him to lay there. And in my heart I cursed the force that is devoted to death. I gnashed my teeth, I cursed the war. If I could I would gladly have brought him back to life, but that is somewhat different than shooting a gun. I could no longer look him in the face. I went away. I did not feel like a victor.

“There was a lump in my throat. If he had been my dearest friend, I could not have felt greater sorrow.”

At Bertangles, the Australians gave the Red Baron a military funeral with an honour guard. 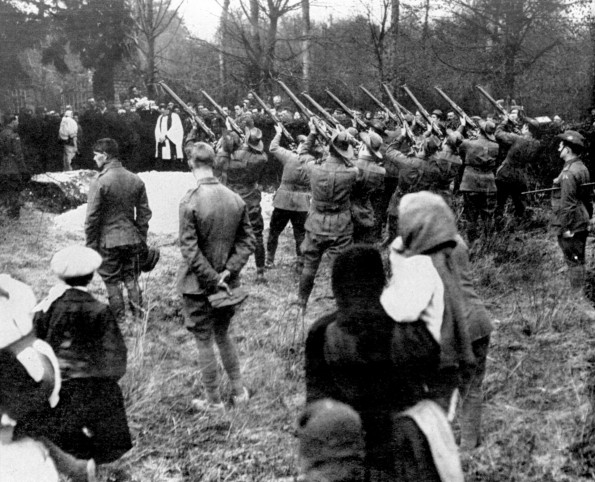 HONOURS GIVEN: The military funeral of Baron von Richthofen, the Red Baron, on April 22, 1918, at Bertangles, near Amiens

When the war was over, the Germans exhumed his body and buried it in Fricourt until it was finally laid to rest in Berlin.

Perhaps because of Brown’s emotional reaction to seeing the body, he was hospitalised nine days later with nervous exhaustion and influenza. He recovered, and was sent to the North-East as an instructor.

But near the sea at Marske, he met the ground with such force, it seemed unlikely he would recover.

Eventually, though, he did, and he raised himself in his Middlesbrough hospital bed to write to his father to tell him what had happened.

He explained: “They gave me up for hopeless three or four times. I do not remember anything about what happened to me at all. What I write now is what they told me.

“I crashed at about eleven something in the morning, cause unknown. It was a very bad crash, everything being smashed up rather badly. I have not heard full particulars of how I hit and what happened to the machine. They did not think I would be alive when they went to get me out.

“However, I fooled them then and have done so several times since.

“My clothes had to be all taken off me and burned as everything was soaked full of blood. The most serious result was my chest. My right lung was crushed. Three ribs were broken also. No complications set in with it however, which was my fortune as if that had happened I do not suppose I would have pulled through.

“I had a rather large hole in my chest around fairly well to the side somewhat under the arm. I also had one on the left side almost over the heart but it did not amount to anything. I fractured the right clavicle rather badly and from the way things look now my right shoulder will have a small droop in it. It is the chief reason I have been unable to write to you sooner as my right arm is very awkward and movement has been somewhat painful.

“I also had concussion of the brain from a wound on the left side of my forehead just over the left eye. It will leave a rather nasty looking scar. A rather funny part of my left eyebrow has been shoved onto my forehead and will look rather strange after I get properly healed up.

“My teeth, both upper and lower, went through my lower lip, meeting on the outside which makes two cuts on the inside meeting in one on the outside. It will not leave much of a scar but it is still rather painful, although it is all healed up now.

“It has been really marvellous the way the different places have healed. I only have three dressings now. The two places on my chest and a boil which came on the back of my right shoulder are the only ones now.

“My head is not quite right yet. It aches rather badly all the time and my memory is not very accurate.

“No matter what I feel like, I am certainly fortunate to be alive at all. I hurt my back again, too, although not at all seriously.”

By the time he got out of Middlesbrough, the war was all but over. Capt Brown, who twice won the Distinguished Service Cross, returned to Canada and became an accountant.

He edited an aviation magazine and, briefly during the Second World War, stood as a politician, but before he could be elected, he died on March 9, 1944, of a heart attack.

The conqueror of the Red Baron was aged only 50.