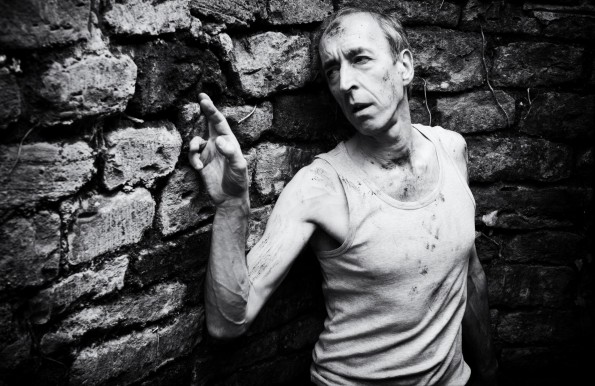 Michael Mears in This Evil Thing

BRITISH actor Michael Mears who has had leading roles with the National Theatre and RSC is to bring his play about First World War conscientious objectors to North Yorkshire.

This Evil Thing, based on one of the men incarcerated in Richmond Castle, premiered at Edinburgh Fringe in 2016. Mears has teamed up with North Country Theatre to bring the one-man show to the town and villages in the area.

A century on from the end of the Great War, Mears portrays conscientious objectors and other characters with physical and vocal dexterity in an original piece which uses verbatim testimonies and vivid visual imagery.

The story centres on Bert Brocklesby, one of the “Richmond 16”, with the action moving from a chapel in Yorkshire to the House of Commons, from a cell in Richmond Castle to a firing squad in France.

Questions raised are as relevant and urgent as they were 100 years ago.

Mears starred in the West End version of Women in Black for nine years and was Rifleman Cooper in the first six Sharpe films. His character brought Hugh Grant and Andie McDowell together in Four Weddings and a Funeral and he has appeared in The Lenny Henry Show, Birds of a Feather and became known as “the Alec Guinness of afternoon drama” on Radio 4.

For more details and tickets contact North Country Theatre on 01748 825288 or northcountrytheatre.com.