Fighting against the war 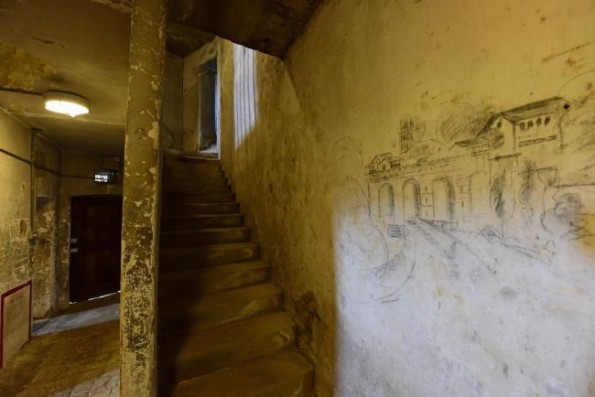 ONE hundred years ago this weekend, 16 men were secretly spirited out of the dungeons of Richmond castle and sent by train to the killing fields of northern France where their own government hoped they would be shot at dawn by their fellow countrymen pour encourager les autres.

The 16 were conscientious objectors. They were Quakers, Methodists, International Bible Students (now known as Jehovah’s Witnesses) and socialists, who refused to have anything to do with the industrial slaughter of the trenches. One of them scrawled on the dungeon wall: “You might as well try to dry a floor by throwing water on it as try to end this war by fighting.”

They were ordinary men from across the north of England. Men like Norman Gaudie, a Sunderland reserve team footballer and Quaker, Alfred Martlew, a clerk at Rowntree’s chocolate factory at York, and Arthur Myers, an ironstone miner from Carlin How in east Cleveland.

Men like the Law brothers from Darlington: Bert, 24, a sharebroker’s clerk, and Billy, 25, a house painter. The brothers had inherited their radical stance from their Staindrop-born mother, Mary – when the 1911 census taker called on their Elton Parade home, he wrote beside her name in the “infirmities” column: “Wife delusional thinks she ought to have a vote.” 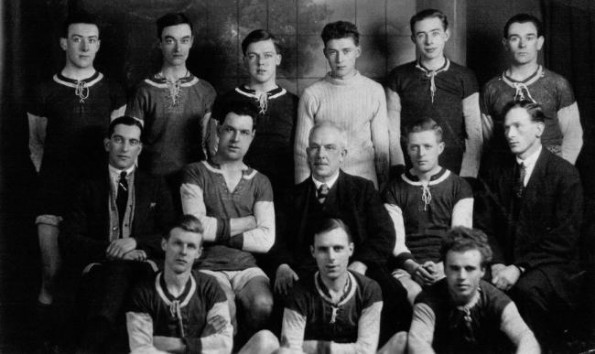 FACE OF OBJECTION: Bert Law, front left, and Billy Law, second from right on middle row, with Blackwell FC in 1919

These “conshees”, as they were dismissively known, were fighting against a war effort that was running short of soldiers. In March 1916, conscription for all single men aged 18 to 41 had been introduced. Only those in indispensable employment were exempt. Every town had a tribunal, advised by a hawkish military man, to sift the skivvers from the genuine. The conshees had to appear before the tribunals and in the unlikely event that their objections were considered genuine, they still had to report to the 2nd Northern Non-Combatant Corps (NCC), based at Richmond castle, for uniformed non-frontline jobs in the stores or on transport.

If they refused to report for duty, they were dragged kicking and screaming to the castle – quite literally, as there are reports of objectors being frogmarched from Richmond station and arriving at the castle bleeding.

Once there, they were ordered to put on the NCC uniform and perform NCC duties. The Richmond 16 refused. They were striped, forcibly dressed in khaki, and locked in the small cells of the dungeon. 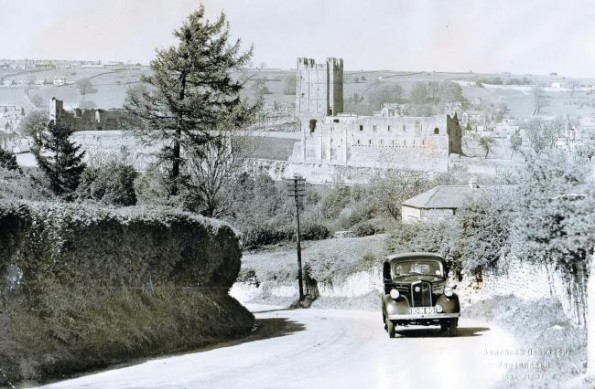 Richmond castle in the 1950s, where the first 16 conscientious objectors were held 100 years ago

Across the country, prisons were also filling up with objectors. To Secretary of State for War, Lord Kitchener, these men were a real danger who could fatally undermine his conscription plans. He needed something draconian to deter them.

On May 29, he selected, apparently at random, four groups of prisoners: 17 held at Harwick, nine at Sleaford, two at Abergele and 16 at Richmond. They were secretly hustled onto a train to Southampton – as it passed through London, one of the 16 threw a letter addressed to York’s Quaker MP Arnold Rowntree out of a window – and shipped to Boulogne.

They were now in a war zone where niceties no longer applied. They had no one to defend them against the military machine. They were told a lie, that a previous group of objectors had been executed.

One of them, John Brocklesby of Doncaster, alerted the No Conscription Fellowship to their predicament, by sending a coded postcard.

On June 6, the 16 were ordered to Boulogne docks to unload a ship. Fifteen of them refused. They were confined to punishment barracks and charged with “a wilful defiance of authority”, which carried the death sentence.

On June 13, a court martial found them guilty. On June 24, in front of hundreds of serving soldiers, they were publicly sentenced to be shot by firing squad.

But the most important event in this timeline had happened on June 5, off the Orkneys, when HMS Hampshire was torpedoed on its way back from the Battle of Jutland. Of the 662 on board, 650 died – including Lord Kitchener himself.

There was much public disquiet about the treatment of the objectors. The “conshees” were not popular, but neither was the prospect of their slaughter. Their behaviour was regarded as “unwise, stupid, foolish”, but many thought their treatment was “very un-English”.

Without Kitchener, the Liberal Prime Minister HH Asquith, under pressure from Rowntree, a Liberal MP who had been opposed to the war from the start, backed down. The sentences were commuted to ten years’ penal servitude, although the 15 were not informed. Instead, on June 30, they were moved to a rock-breaking prison in Scotland.

After ten weeks, during which one of their number died, they learnt that their broken rocks were being used to make military roads, and they refused to do any more. The prison, regarded as “Britain’s first concentration camp”, was closed and the 14 were sent to civilian prisons where the humiliations continued – some were forced to wear harlequin uniforms to single them out.

But their treatment didn’t stop men’s conscience objecting to them being part of the war effort. During the First World War, almost 16,000 men were recorded as objectors, 6,000 being court-martialed and imprisoned with the 1,330 absolutists being locked up in desperate dungeons like Richmond, where they scrawled their thoughts on the wall.

For Martlew, the chocolate clerk, it was too much. He escaped from Wormwood Scrubs, went home to York, threw himself into the River Ouse on July 11, 1917, and drowned.

The remainder of the Richmond 16 were released at the end of the war, and the Law brothers returned to the family home in Darlington and a 1919 photograph survives of them striped and ready for action with Blackwell FC.

Despite their parents being from County Durham, both Bert and Billy had been born in Melbourne, Australia, and soon after the picture was taken, for reasons unknown but perhaps guessable, the family emigrated from Elton Parade for a permanent life Down Under.

With thanks to Katherine Williamson and Malcolm Wright.